Behind the Scenes of Issue 59 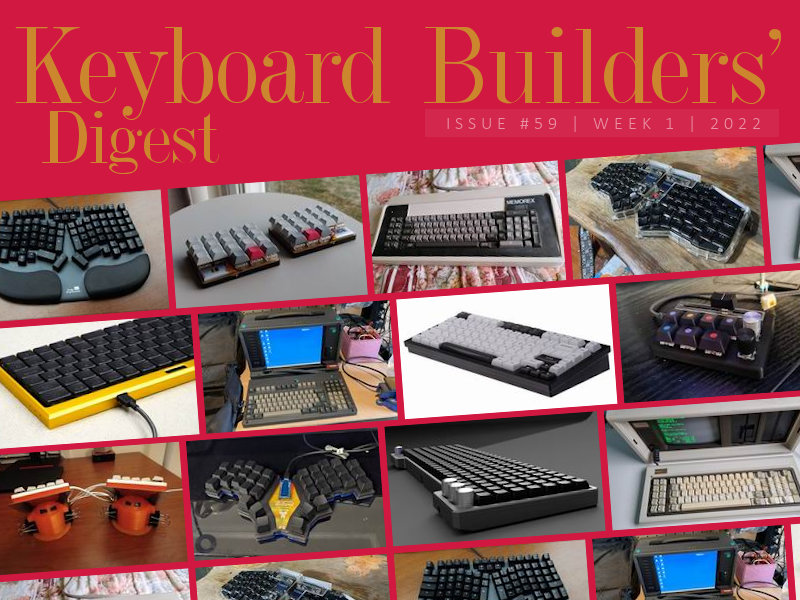 Happy New Year, folks! I'm pretty sure I missed some important news this time but I wasn't able to keep an eye on my usual sources in the last couple of days.

Each year around this time, I head to a tiny village in the mountains with family and friends, and spend New Years Eve at the end of the world. Literally. Roads end there and the wilderness begins.

During the day we hike in the fog and virgin snow, discover ancient ruins, climb up watchtowers, and play board games in the evening – because it's fun and because there is no Internet nor mobile network coverage in the area. :D

So feel free to comment in the r/mk thread if you bookmarked some interesting stuff while I was taking a break.

After doing the KBD.news project for more than a year now I'm fully aware that we have some extraordinary vendors in this community. Let me not list all of my positive experiences.

However, I have to comment on receiving a package from Yousuke (Talpkeyboard).

A few weeks back I contacted him because I wanted some of the spring-loaded pin headers but I wasn't sure if he ships to Europe. (In the meantime I found some of these headers at Keycapsss but there are more variants available in Japan where these are made.)

I just asked Yousuke if Talpkeyboard ships to Europe at all or I have to ask one of my Japanese subscribers to act as a proxy.

Yousuke was not just kind enough to offer me some headers for free but he also indicated I should expect a surprise in the parcel.

I had to look up what the SU120s are but I was familiar with the Cassette42 by monksoffunk, probably from posts of Japanese Twitter followers.

So thanks again! Everyone, head to Talpkeyboard – Japan's first online keyboard shop. I can't guarantee that you get everything for free though. ;)

Btw, a quick review of the spring-loaded header pins:

Firstly, I thought their spring is really weak because they barely hold anything (tested with a classic Pro Micro, a Teensy 2.0 and Adafruit's KB2040). The only setup they seemed to work like intended was the SU120 PCB since it has every second hole offset. But on a second try the spring presses the header out of the PCB in this case.

Actually, with these offset pins, a vanilla pin header if perfect to achieve electric connection without even the springs. I have to make some further tests though.

I would say the spring-loaded pin headers can work on a stationary keyboard with a top mounted controller board where gravity is on their side, but I wouldn't use them on a keyboard you'd like to carry around or ever turn upside down.

After typing on SA for some time back a few years ago I thought MT3 (and KAT) would be too tall for me. So, thanks to my legendary self-control, I've never bothered with MT3 group buys. However, Drop had this "order two, pay one" offer in the Christmas run-up and I ordered two sets which arrived last week.

And I have to say I like them. After putting one of the sets on my Azimuth, I'm positively surprised. Even if I still think homing dashes are superior to deep dish (from the strict point of view of functionality), I enjoy typing on MT3 and will probably leave them on my home setup.

On my work setup I use MDA, my all-time favorite profile. Actually, my ideal of a (hi-pro) keycap profile is probably somewhere between MT3 and MDA now...

Anyway, I've been waiting for a dark themed MDA – or rather any reasonably priced MDA set after the Big Bang – for a long time. But this is when my self-control kicks in: As much as I'd like to have a nice dark MDA set, I'm 100% sure I won't buy a 191-key all-in-one kit for my 46-key ergo split. No way. Sorry MDA Future Suzuri.

If I remember correctly, I purchased the original Big Bang MDA (v1) for about $50-60. In contrast, this 191-key monster of a kit costs $135/€150. Price is one thing but I also hate having all the excess keys laying around in boxes – knowing I'll never use them for anything because I exclusively use all-1u layouts without F-row and numbers.

I'm sure bothering with different kits is a real pita but I wonder if this all-in-one kit approach is good for ANYONE (except vendors and the GB runner ofc). I'd really like to hear your opinion in the r/mk thread.

Imo 40% and ergo split users are out. 60% users still buy 3x the amount of keycaps they need. Honestly, even 100% users – a pretty rare specimen in this hobby – buy almost twice the amount of keys they require.

On another note, CannonCaps CXA is out. This spherical, relatively low profile set could be an alternative – with similarly superfluous kitting but for only $80 – yeah, but again, it's also an all-in-one kit... (In addition, I hate when vendors don't provide a proper email address or contact form on their website.)

Half of my temporarily lost supporters are back – compared to the situation prior to the BMC calamity. Thanks everyone!

In addition, I got some useful feedback regarding the new donation page. I'll work on that later.

Also, despite I was away during half of the holiday season, there was an increase in most stats in December (unique visitors, sessions, pageviews, etc.). Not the usual 10-40% monthly growth but a growth anyway. I'll try to update my about page in the upcoming days, however, I missed taking a screenshot of the Cloudflare interface – and you can't go back to previous days in their free plan I guess.

Well, that's it for today.

Again, thanks everyone. Feel free to ask and comment in this issue's r/mk thread, and as always: keep learning and building. 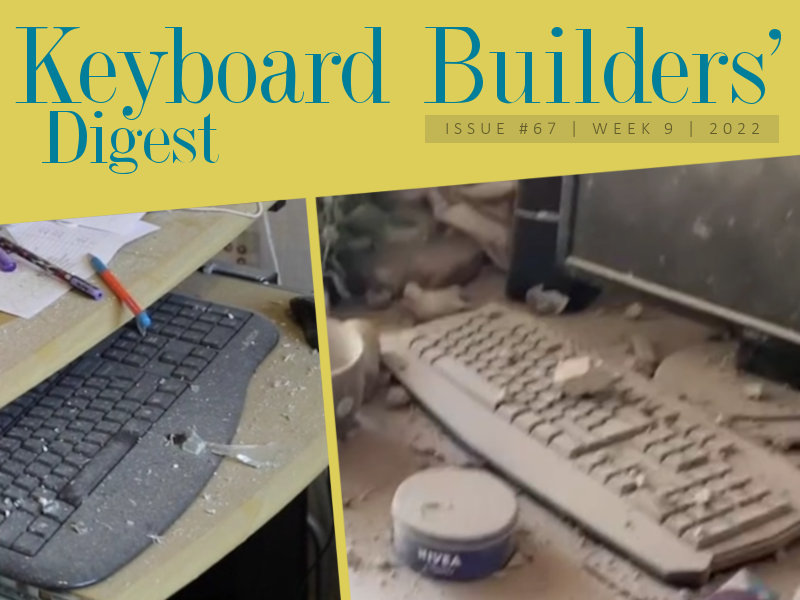 Behind the Scenes of Issue 67 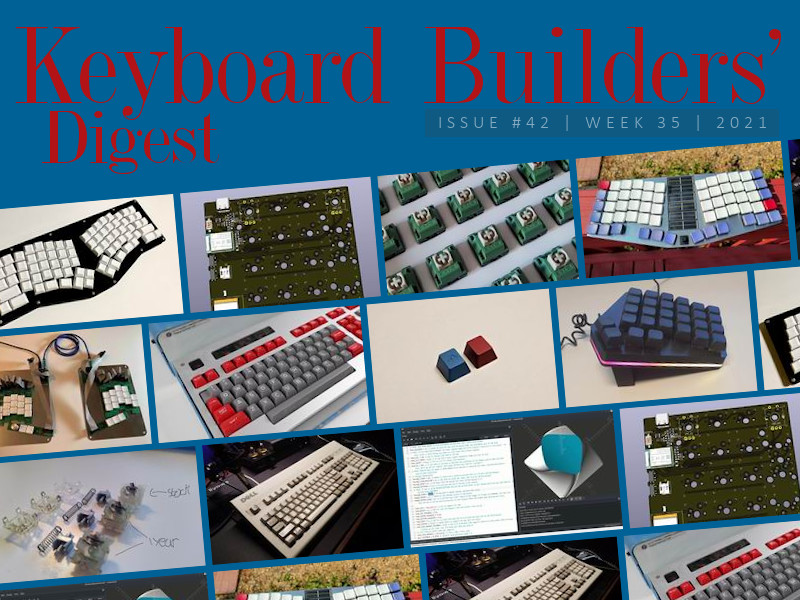 Behind the Scenes of Issue 42

Scam attempt, giveaway winning streak – I must be in possession of the secret method, sustainable keyboard hobby, new tool in the making. Issue 41 follow-up and brutal monthly visitor record. 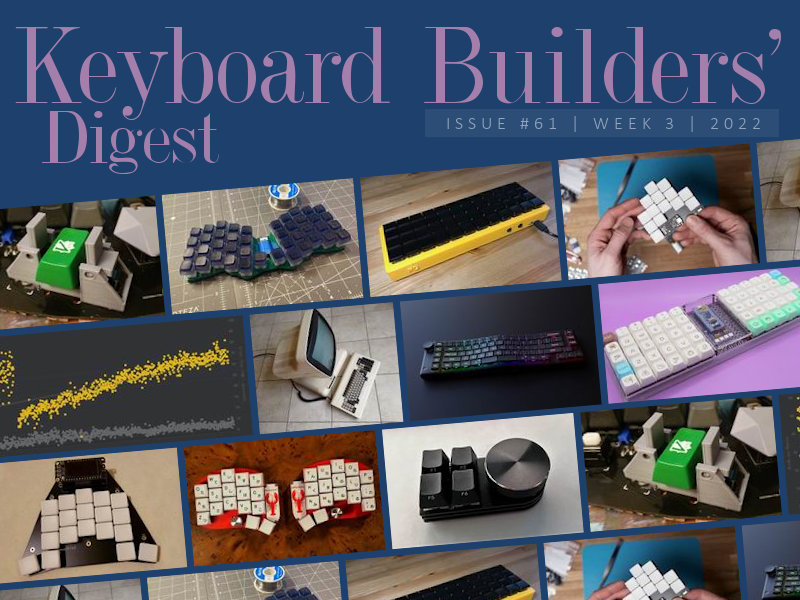 Behind the Scenes of Issue 61

Behind the Scenes of Issue 35 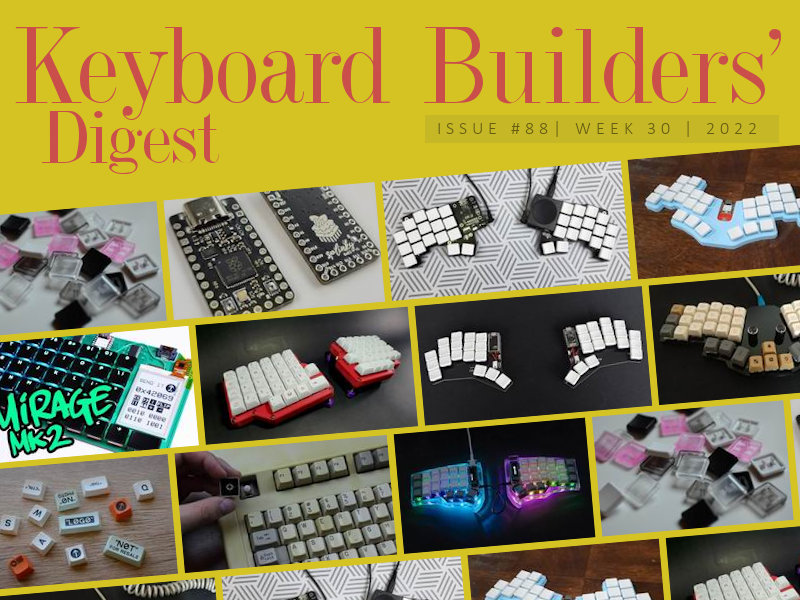 Behind the Scenes of Issue 88 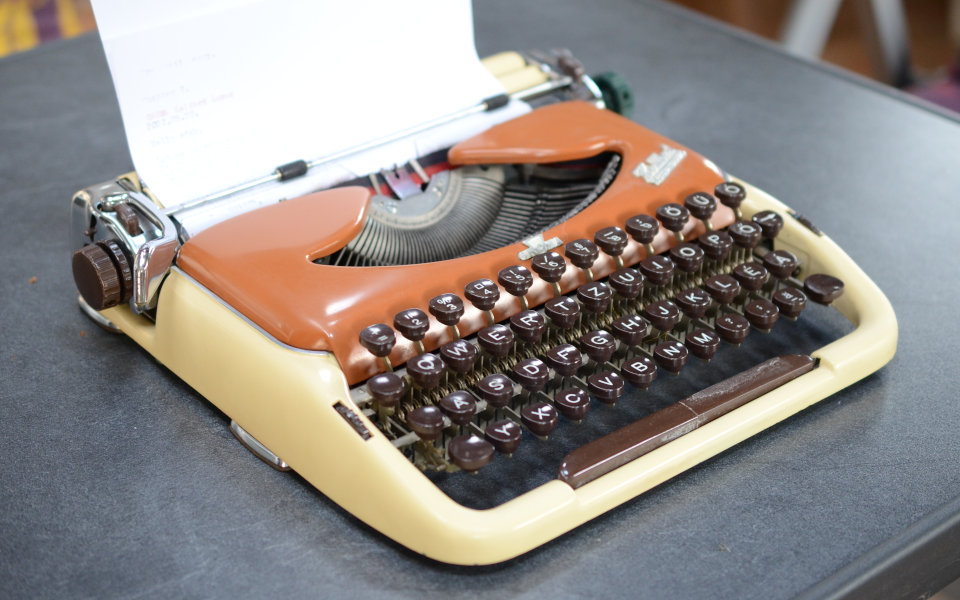 Behind the Scenes of Issue 40

Behind the Scenes: Various pieces of original content, lots of progress in the background, Issue 39 follow-up, becoming familiar with my first mechanical typewriter, etc.