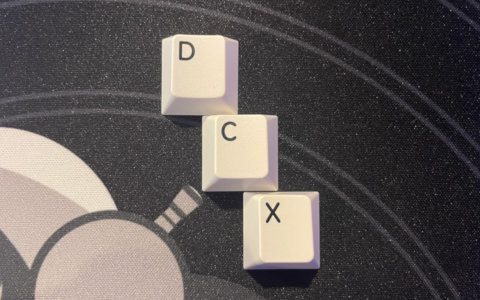 I recently was given the opportunity to try out Drop’s new DCX profile keycaps ahead of release and I have been daily driving them for the past week. In full transparency I was provided these in an exchange for an honest review. No editorial guidance/control from Drop, no payments, just a free sample set of keycaps. The thoughts and opinions provided here are my own and I could even say they are terrible and not to buy them, but that would be a lie.

TLDR: DCX keycaps are an excellent high-end option to have in our hobby and I will be buying other sets in the future. I’m hoping we get a lot of designer collaborations as Drop has said they can produce a run from conception to shipping in 4-6 months. 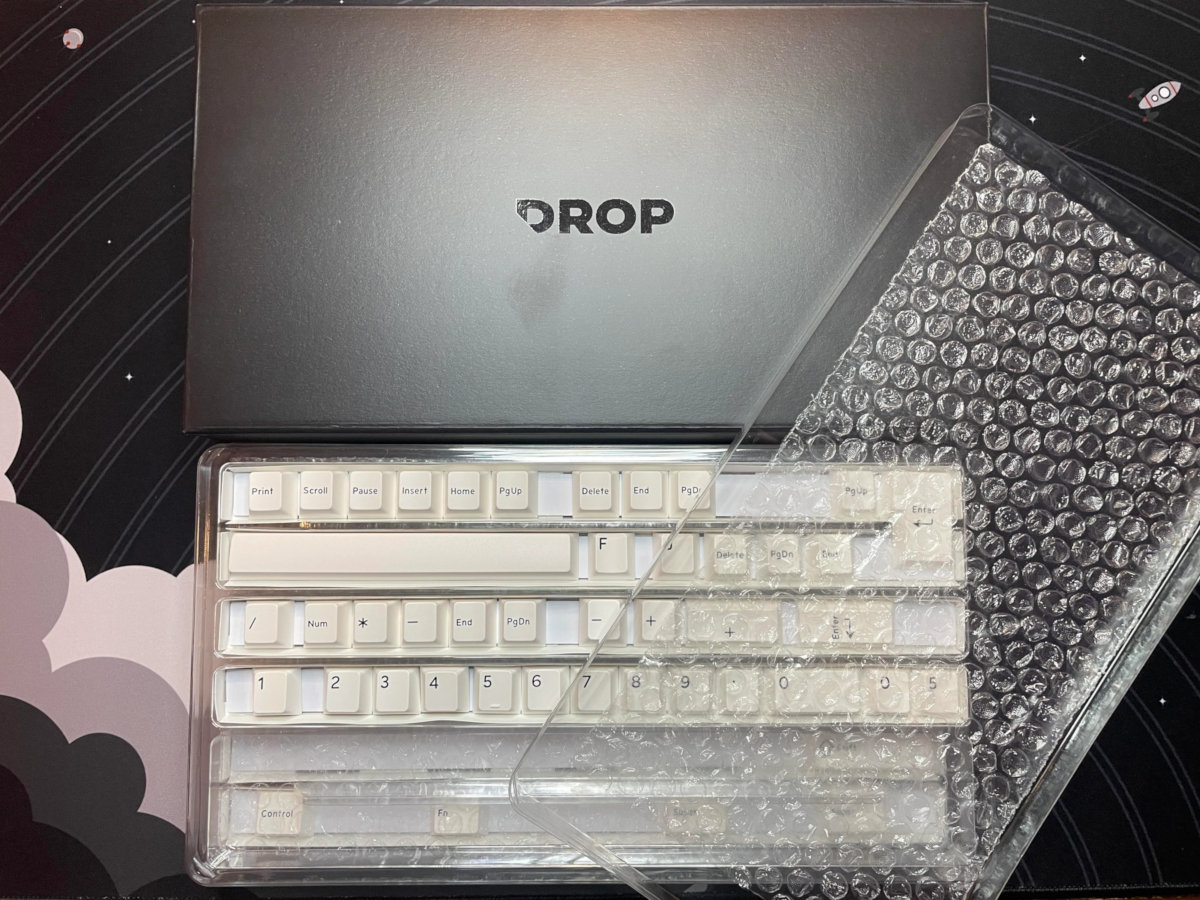 The packaging here is basically the same as Drop’s MT3, thin plastic trays lined with a card-stock material and the keycaps are topped with a thin bubble wrap layer before the top plastic cover. Not only are these trays/boxes considerably smaller than other high-end keycap sets, the keycaps are also well protected and did not get jumbled when I aggressively shook the package. These are a huge win in my book as you can fit more keycaps sets in a smaller space. Also, you don’t have to deal with the little white fibers all over your keycaps like GMK’s packaging. While I’ve personally never had any issues with GMK’s newest packaging (besides the way the cardboard shreds), I can say that DCX’s packaging is far superior. I'm told these are getting improved packaging in the future, though I don't know exactly what will change. 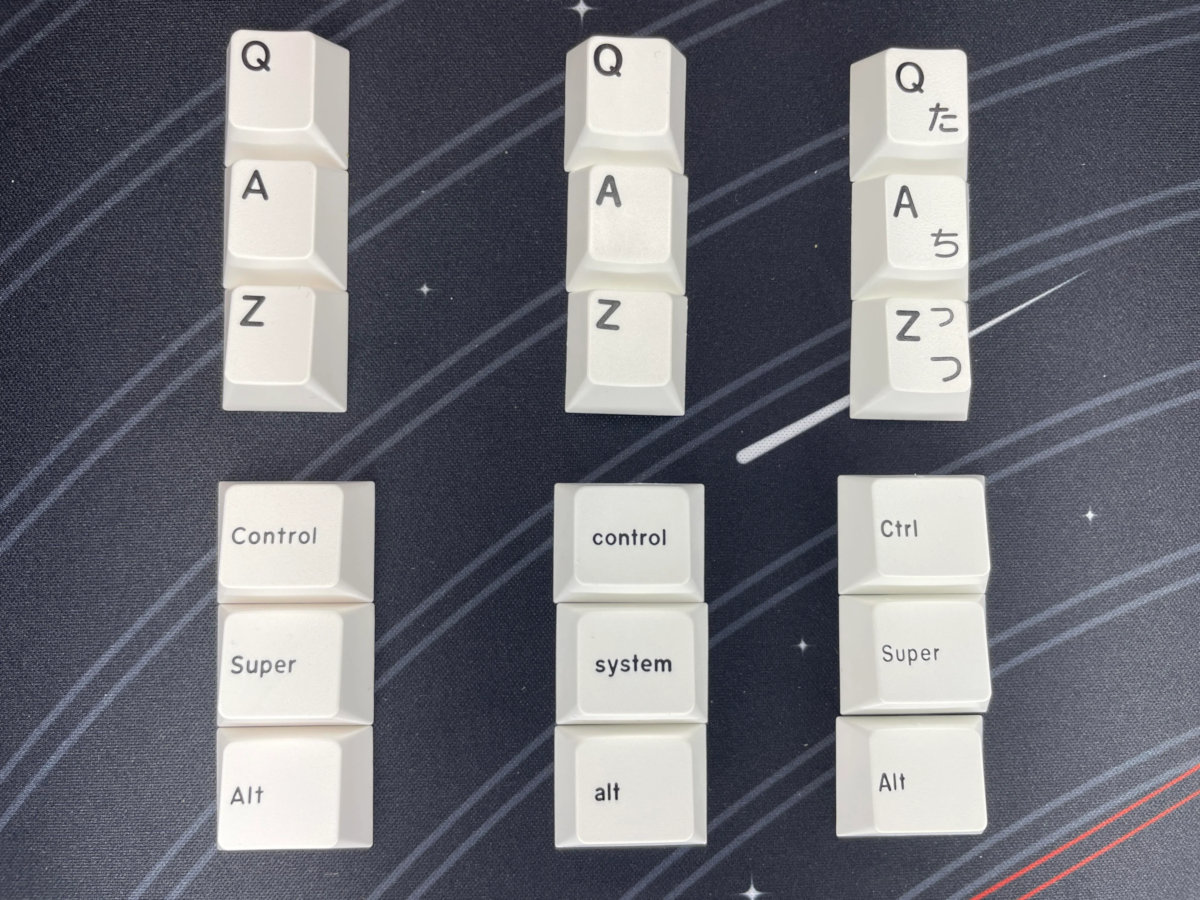 I had originally requested a set of white on black as that is one of my favorite sets. I also have GMK and Domikey WoB to compare to, but it was not available so I received the black on white set and was pleasantly surprised. In the end I am happy that I received BoW and with the help of a friend I was able to pull together GMK Hennessey and JTK Zen to compare to.

Right off the bat we can see that the legends for DCX are thinner than GMK, which looks “bold” in comparison. I really like the decision to go with this thinner font as it looks more elegant and sleeker than GMK and JTK. It reminds me of the modifier font on MT3 sets like Susuwatri and WoB. After using these for a week I really prefer them to other sets and it gives off a classic look to the keycaps. (Note: JTK modifier font is even thinner than DCX while their alphas are “bold like GMK which ends up looking odd)

Comparing the 3 whites, they are all incredibly close and unless you have them all sitting right next to each other you wouldn’t be able to tell. GMK Hennessey is using WS1 which is the standard color white for most GMK sets. DCX appears to be slightly softer than GMK and JTK Zen is slightly brighter. Overall, the colors are pretty consistent on all sets and no major defects or oddities can be found.

Luckily DCX comes with a couple of white on black accent keys that I can compare to GMK WoB. One of my major complaints of GMK sets is that on darker colors you can sometimes get this swirling effect on the larger keycaps that can give off a weird shine and pattern. Seriously it sucks to get an expensive set like GMK Space Cadet only to have your shift keys all look shiny like they are used and have that fall within spec. This doesn’t happen all the time, but I’ve seen it on 5+ GMK sets so it’s fairly common to have a couple of keys that look like this. I am happy to report that DCX does not have that on the couple of accent keys I have and I’d love to do a follow up review with a full DCX WoB set to get a real-world example, but I believe they may not have this issue because this is using the same plastic as MT3 which also does not exhibit this weird shine and swirl within the plastic and has an almost matte finish.

DCX legend consistency is top notch and after spending a lot of time with GMK and JTK I can say that the DCX legends on both the alphas and modifiers exceeds what other keycap manufacturers are putting out, the proof is really in the pudding here. You can read more about the quality here.

Edit: After further review and some discussion in the comments, there does seem to be some extra space around the "t" in shift causing it to look like "shif t". I also see this a little in the delete key. It is consistent across all the shift and delete keys, more noticeable on some than others. There is also no 2nd B key for Alice/Arisu layouts. Add on kits for Alice and 40's may come in the future. 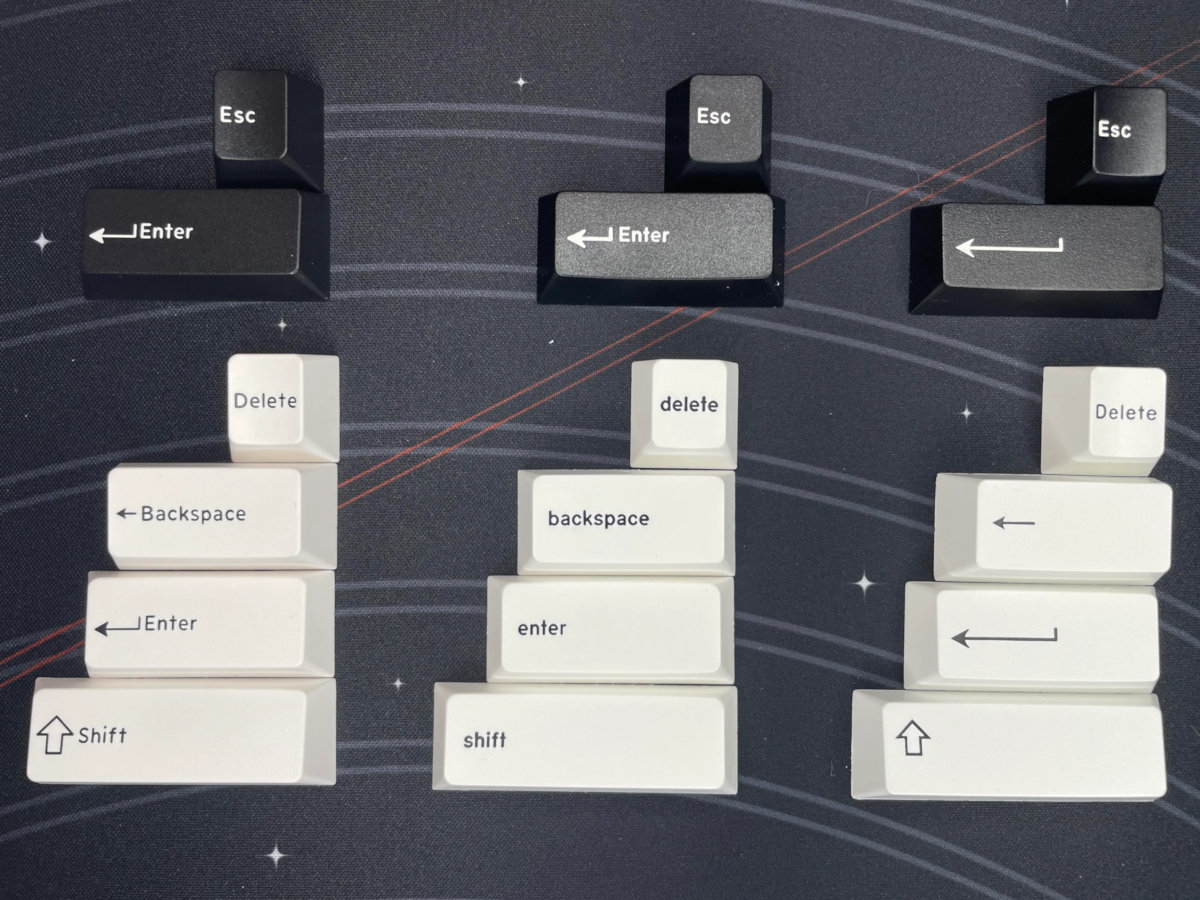 DCX are "pure" ABS, but as with all plastics there are some modifying additives mixed in - for all intents and purposes though, they are just ABS. GMK and JTK are also pure ABS keycaps so in this sense they are the same and all are a similar thickness. While they all have a slight texture, the main difference comes in how they feel and how well your fingers are able to glide from key to key. DCX has a silky feeling to it that allows for easy movement while typing. It is very close to the feeling of GMK, but less sticky/grippy. I really enjoyed the feeling of typing on DCX and it was familiar yet different, something I can’t fully describe in words, but it definitely feels good. JTK was the grippiest of the bunch and while it wasn’t bad per se, I wasn’t really a fan. For the user this is all going to come down to preference and you may not share the same feelings as me. DCX was also exceptionally smooth to put on switches without them feeling loose and they easily came off without pulling the switch with it.

When it comes to sound, we know that keycap profile and material have a bigger effect and with these all being the same, they all kind of sound the same. In some video reviews I’ve watched, it seems unanimous that DCX have a lower tone than GMK. I daily drove these on my Black/Gold QK65 on FR4 with KNC Red Jackets and I’ll be honest, the sounds were indistinguishable to me. Regardless, they do give off that classic ABS sound profile that I have come to love. I am all in on ABS gang and basically avoid PBT sets, so I am really happy to have an in stock, reasonably priced, new manufacturer making exactly what I’m looking for in this hobby. 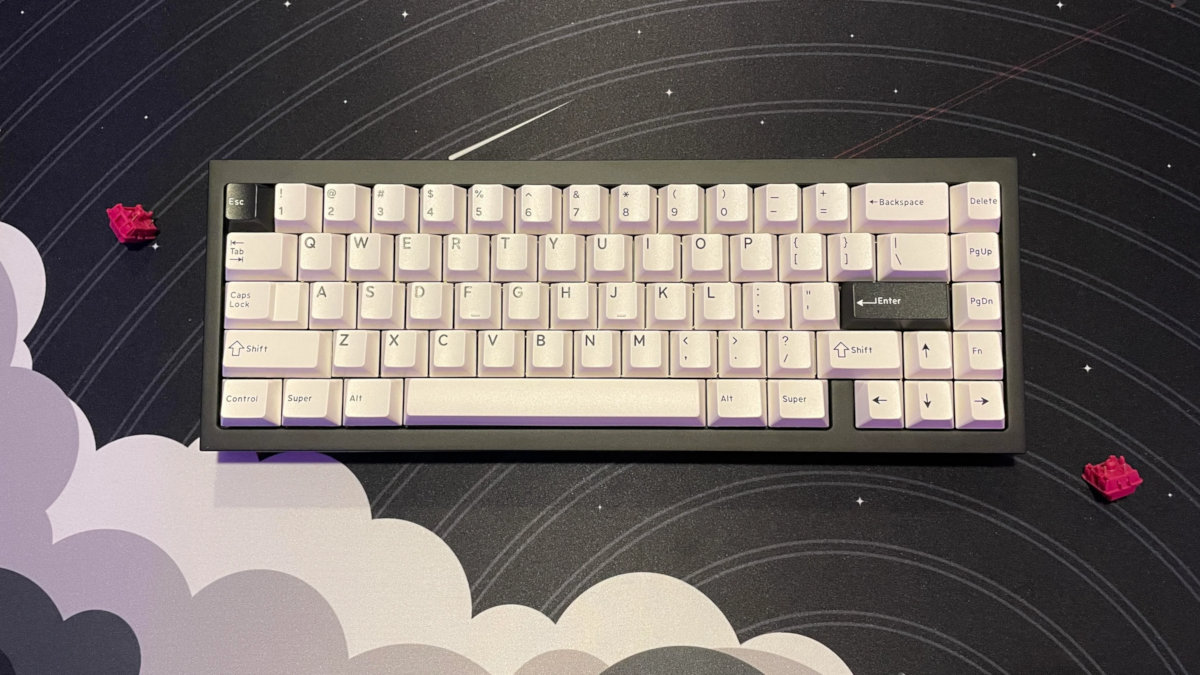 Any keys that appear crooked are due to the switch/plate. I tried the keycaps on several keyboards and they are ruler straight

Overall, I don’t really have anything bad to say about DCX, and I am someone who is highly critical of things I spend a lot of money on. I’ve found something I was unhappy with on just about every GMK set I’ve owned and I am known to overanalyze things literally with a magnifying glass. Up until now I’ve had to live with it because it falls within “spec”. I really think that over time DCX is going to become a fan favorite of this hobby due to its incredibly high quality and affordable price. Did I mention a full base kit including numpad and covering just about any layout on the market is just $99 retail? DCX has no spurs or mold markings, higher quality and QC than GMK with better packaging, and will be in-stock at a great price. These will come highly recommended from me.

As of this writing there are 6 different colorways in production and some are discounted to $89 in their pre-order phase. There’s a lot to unpack here and some stuff I probably missed, so feel free to ask any questions and I will do my best to answer them. One thing I really hope for in future sets is sub-legends, but it sounds like they may be a year out from having the tools capable of this.

If you got this far, I just want to say thanks for reading and I hope you have a great day! 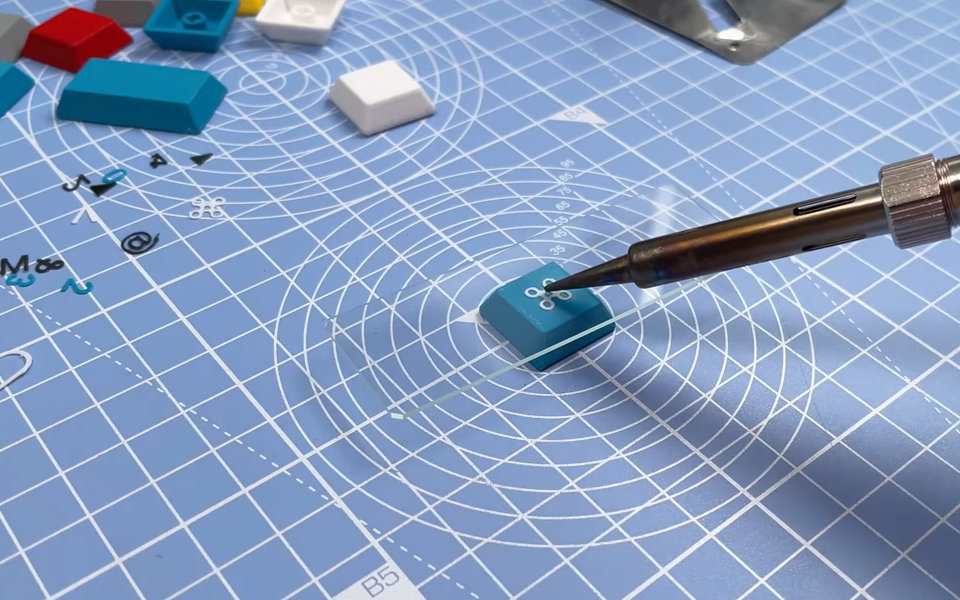 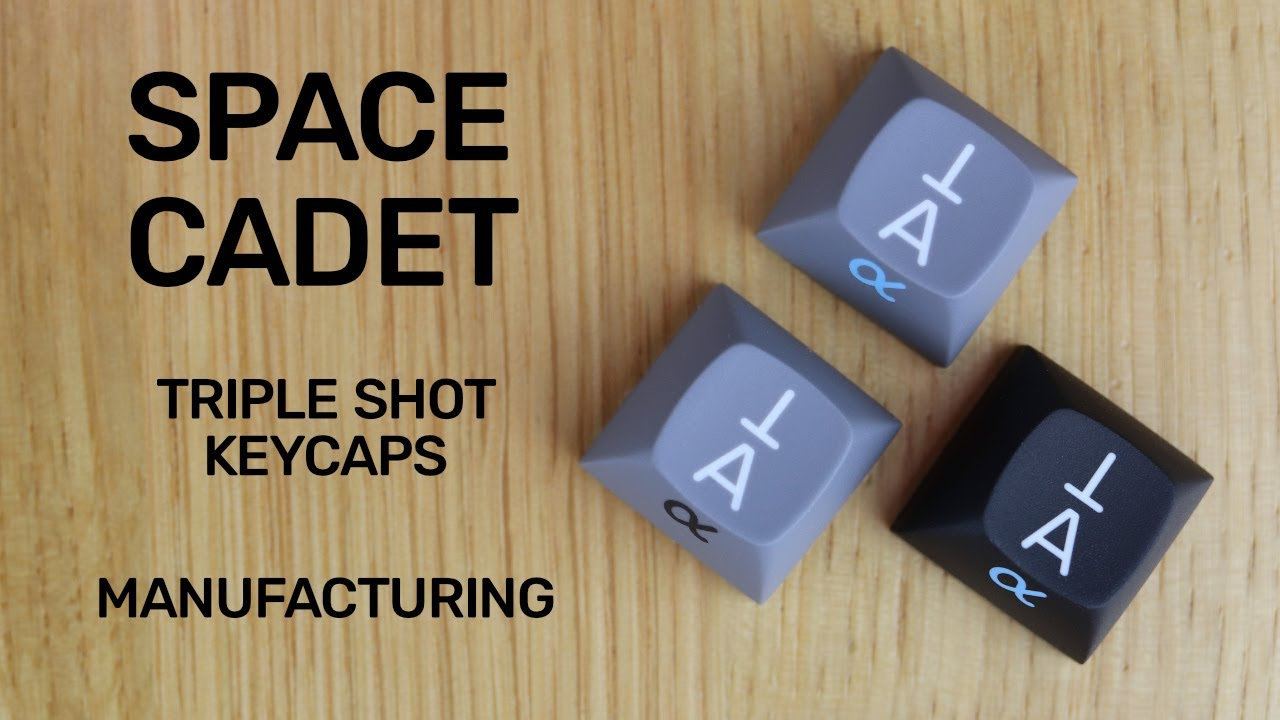 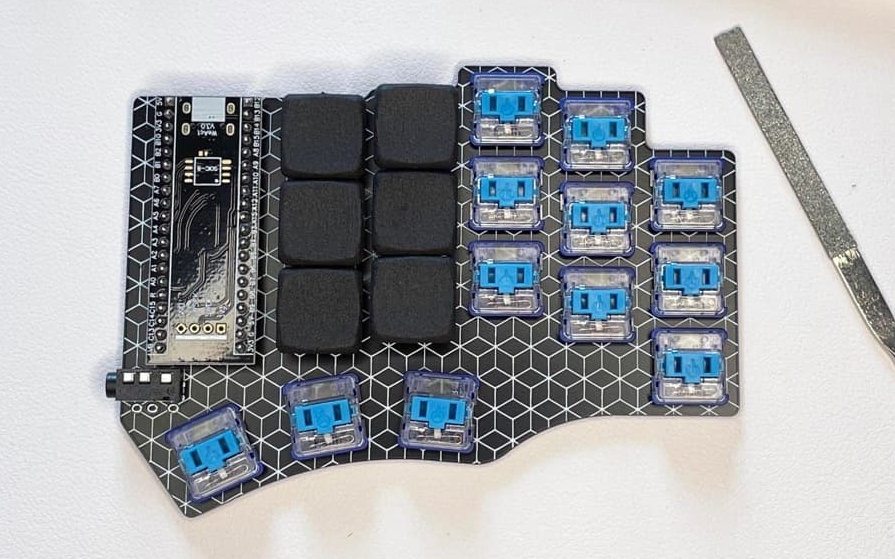 The Smiling Orca, shared by u/leo_beekeeb, is a low-profile keycap optimized for Choc spacing. 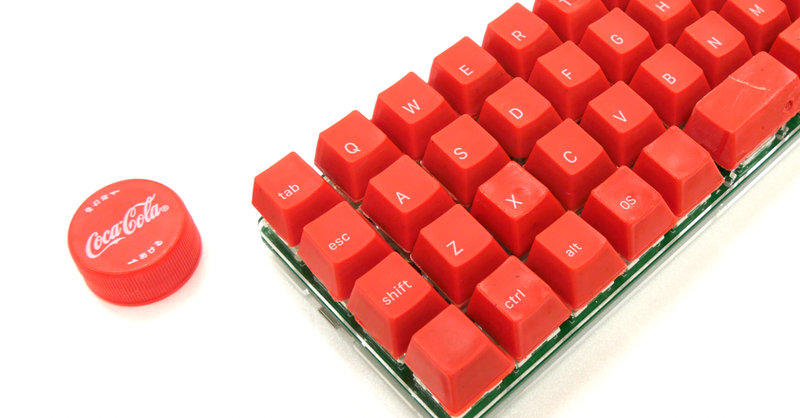 LODGE, a Japanese makerspace offers workshops where you can make your own keycaps from bottle caps. 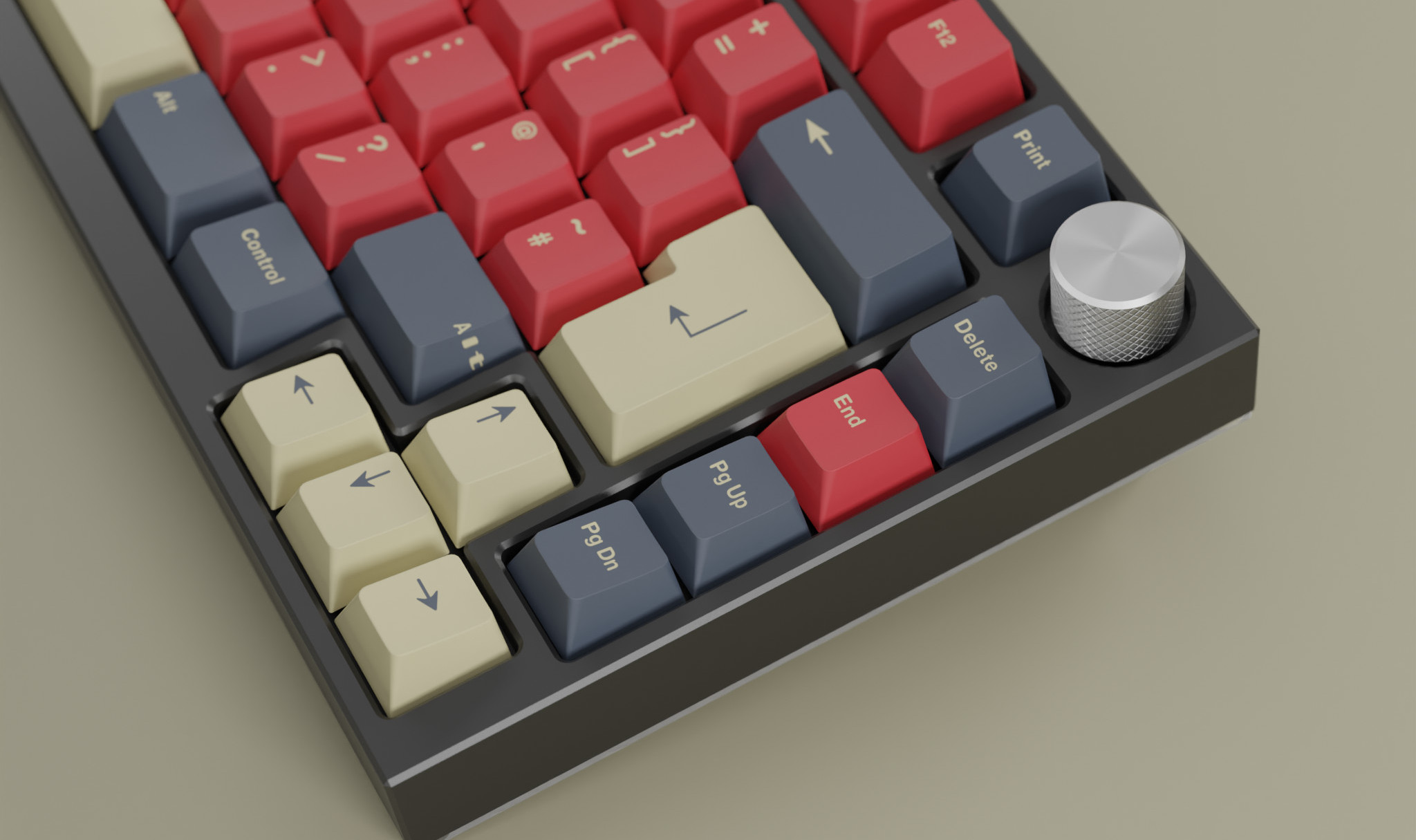 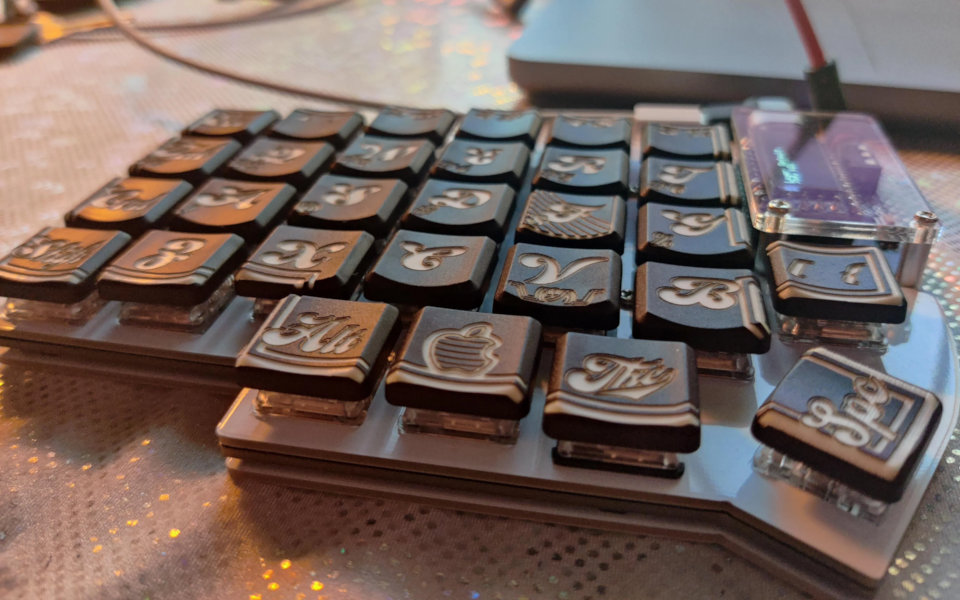