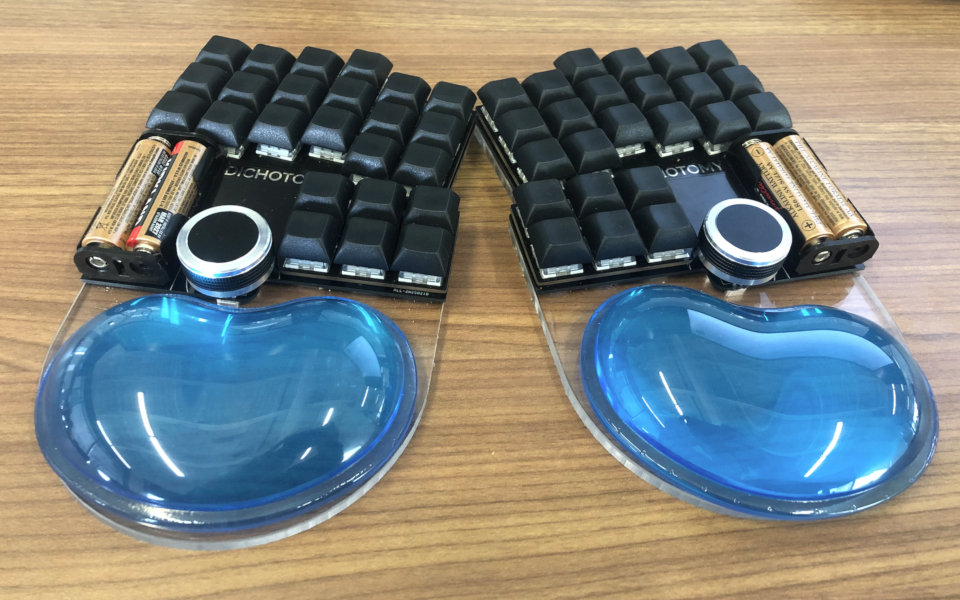 According to Elliot Williams's laudation:

Dichotomy takes the two standards of the desktop, mouse and keyboard, and fuses them together so that you don’t have to move your hand off to the side all the darn time. Nice.

Joshua was inspired by the Mitosis, but opted to try to shove an optical sensor into the split keyboard.

He originally did a detailed photolog on Imgur, but decided to move stuff over to Hackaday to enter an earlier Human Interface challenge.

There was an unsuccessful Kickstarter campaign too:

Well, the kickstarter - rather obviously - did not meet the goal. Oh, well. I'm still moving forward in a much smaller way with this - I use my prototype at work daily, and I'm going to run a small group buy for anybody still interested in owning one – Joshua.

Anyways, no files but browse through the photos for inspiration and some good ideas. 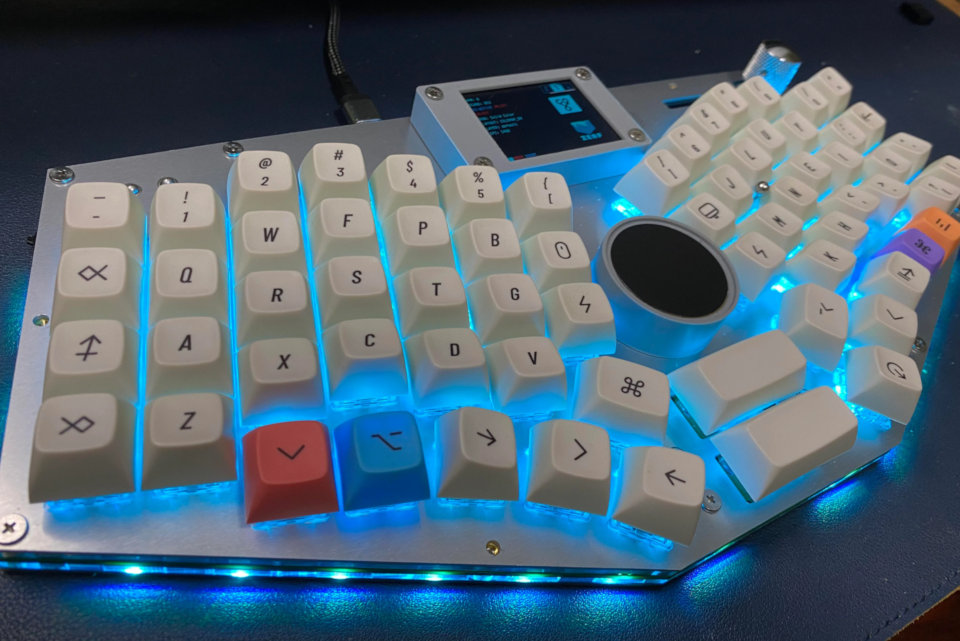 Rocksolid is a collab between tenstaana and fingerpunch.xyz: a mashup of their Chunky and Rock on keyboards. 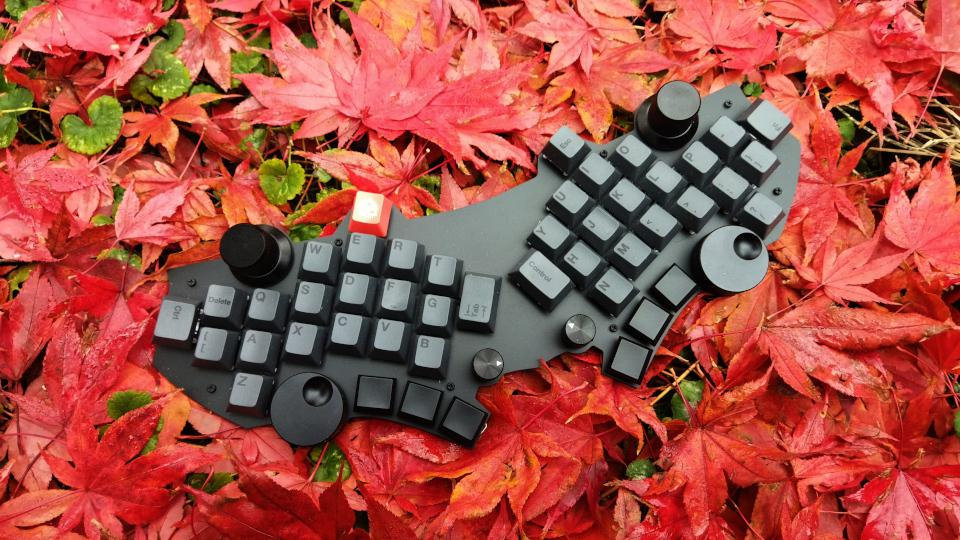 The Azimuth is my handwired hotswap pseudosplit design with a handful of rotary encoders. 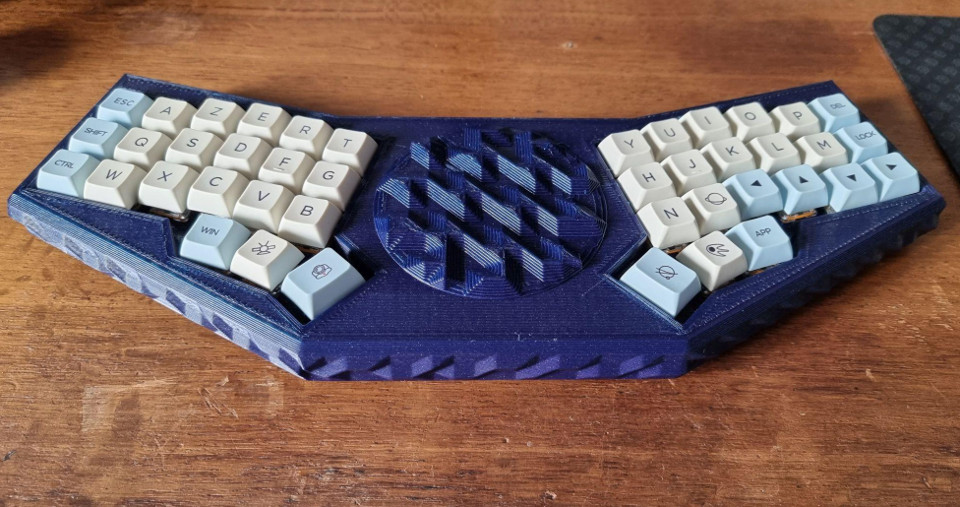 An unibody crkbd case with low-poly aspect by Coumbaya (STLs). 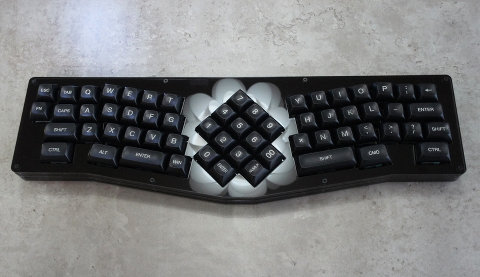 The Ambidextrous by Cerbekos is a new member of the Tenalice family, with a 45° numpad in the center of the board.