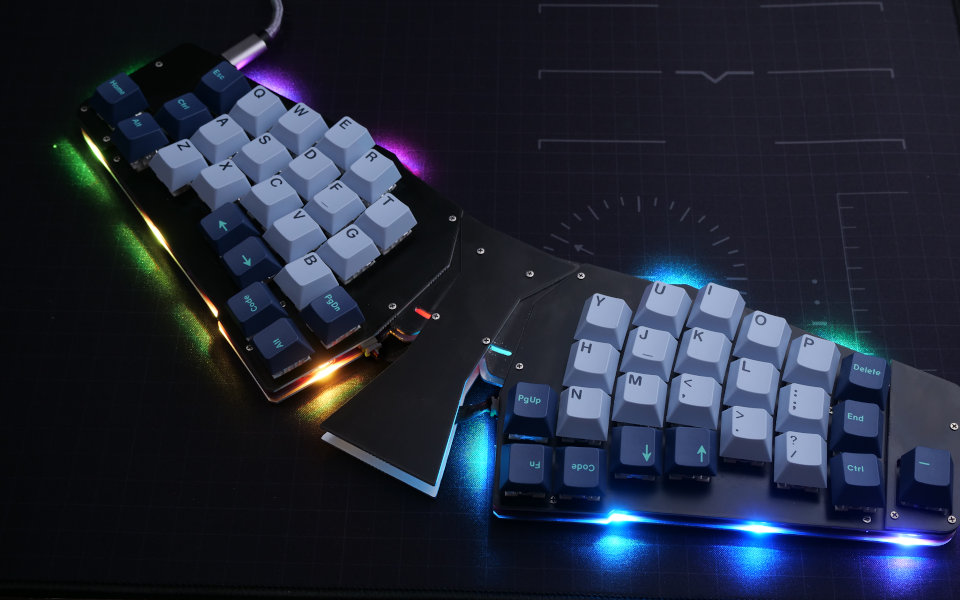 As a fork of his monoblock Ergotonic49 design, Hanachi is in the midst of developing a new model with adjustable angle and/or split halves. The most impressive part? All this in a single project! :D

The Ergotonic F-24 prototype extends 30 mm horizontally and allows an adjustment of ±8 degrees with regards of the slant angle. In addition, it can also be completely separated and used as a true split.

The movable mechanism in the center of the Ergotonic is made by combining plates like these: 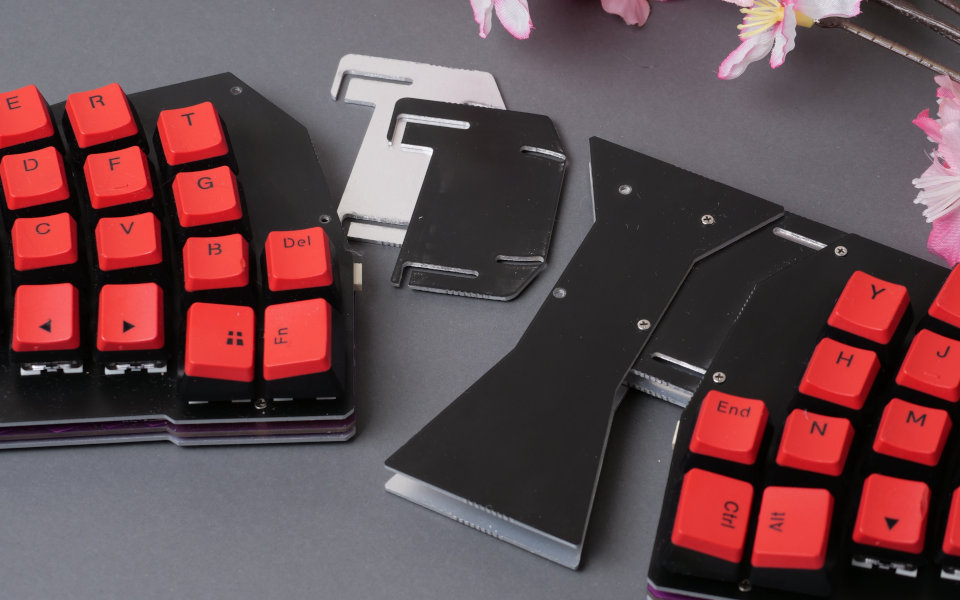 After adjusting the halves, the position of the plates can be fixed by screws.

It seems these adjustable-angle splits took off in the Japanese keyboard builder scene recently. The F-24 was inspired by the Pangaea keyboard, but other similar projects are being developed simultaneously, like Ho's FCS42S.

In @otahinosame's photo you can see the Ergotonic49 along with the Pangaea and the F-24 (from top to bottom): 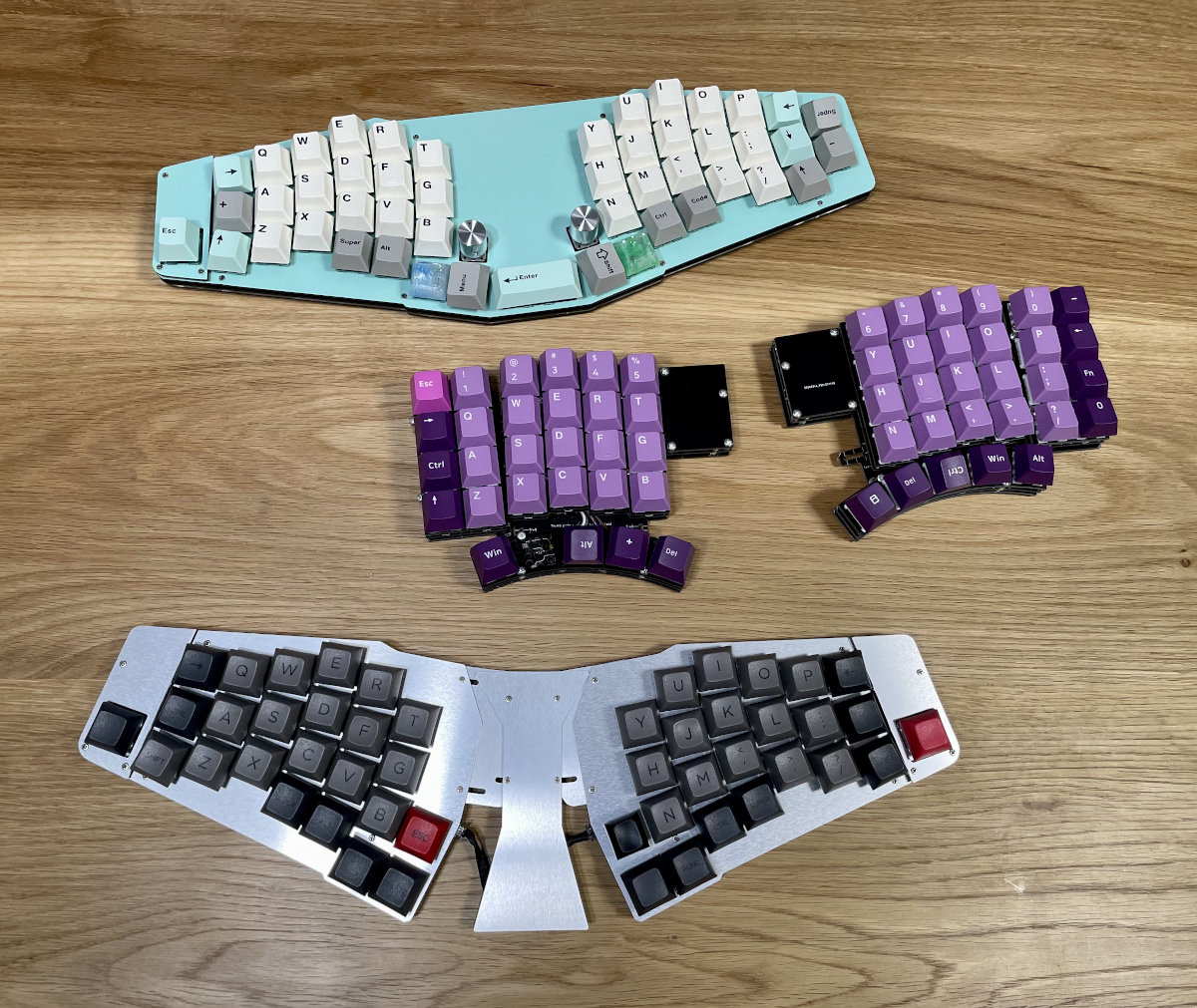 Both Ergotonics feature the Willow layout which tries to project the finger positions of a "tented hand" onto a flat surface – resulting in characteristically curved columns. Here is Hanachi's write-up on the concept if you'd like to take a deeper dive into the topic.

The layout's namesake, the original Willow64 featured in KBD#4 could be used as monoblock/pseudosplit or separate split as well, depending on an extra top plate connecting the halves.

However, with the unique adjustable centerpiece, the F-24 raises the stakes as you can see in this short video demonstrating the movable parts as they are being adjusted:

Oh, and did I mention that the project is open-source?

The PCB files (initial release, WIP!) have been around for some time but the build log was released only recently. 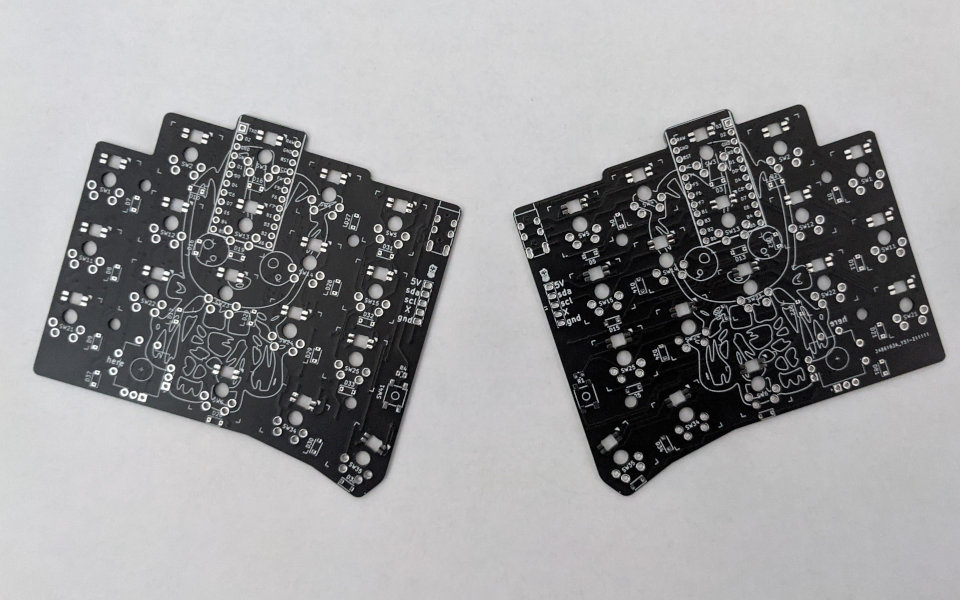 Sadek Baroudi's Baby Groot Keyboard is a cheap (or free!) split PCB with a lot of features. 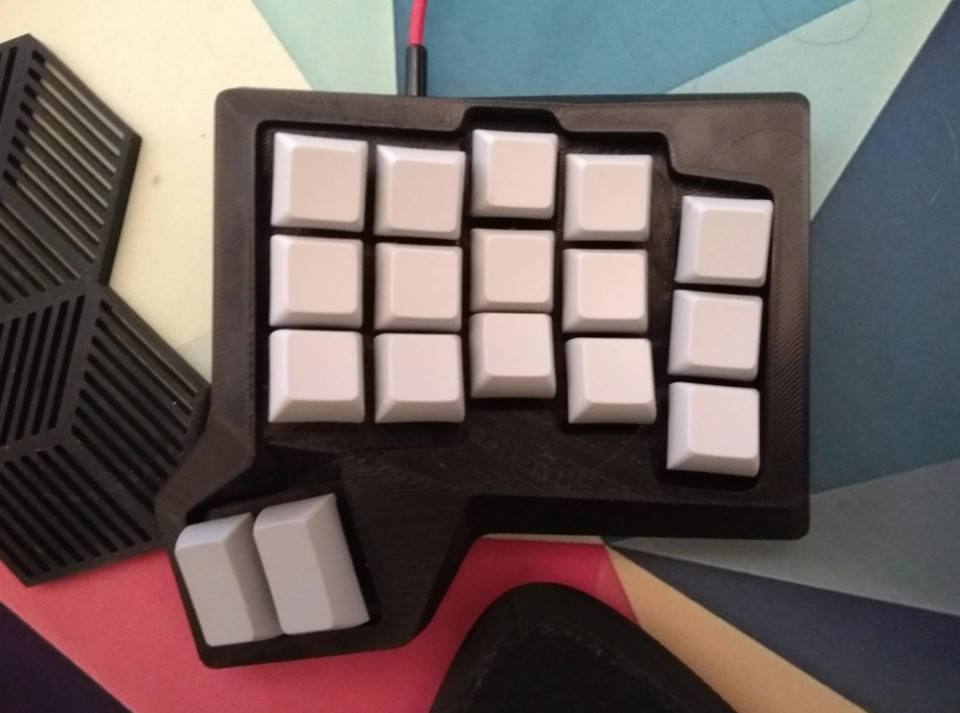 Third iteration of the lil chonky bois by Sndr666 with case files (git).

SlabV by u/brickbots is a 36% keyboard with stacked acrylic construction and silicone gaskets. 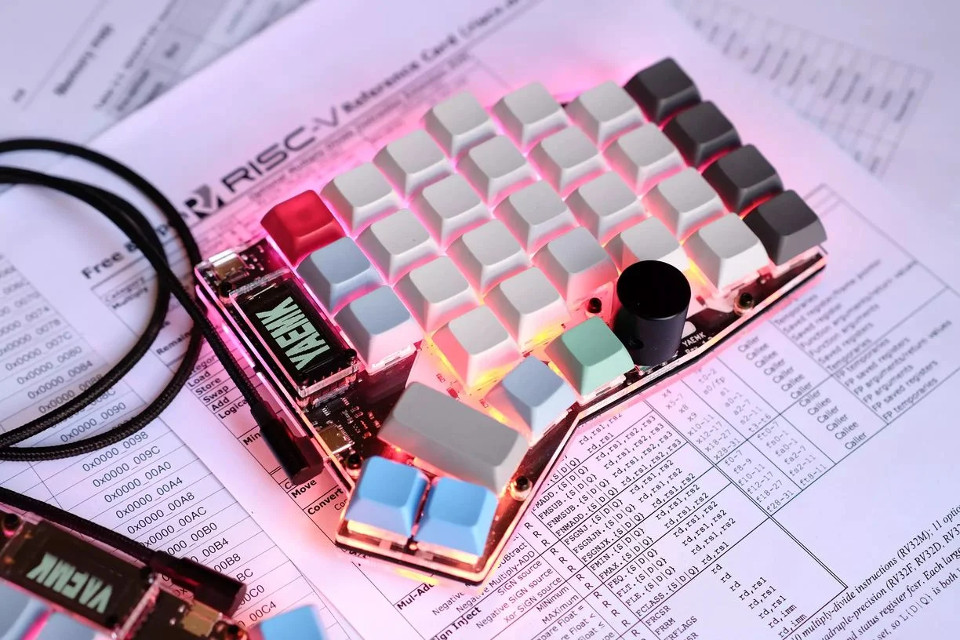 The YAEMK keyboard by KarlK90 is running QMK on an ARM or RISC-V MCU (site, repo). 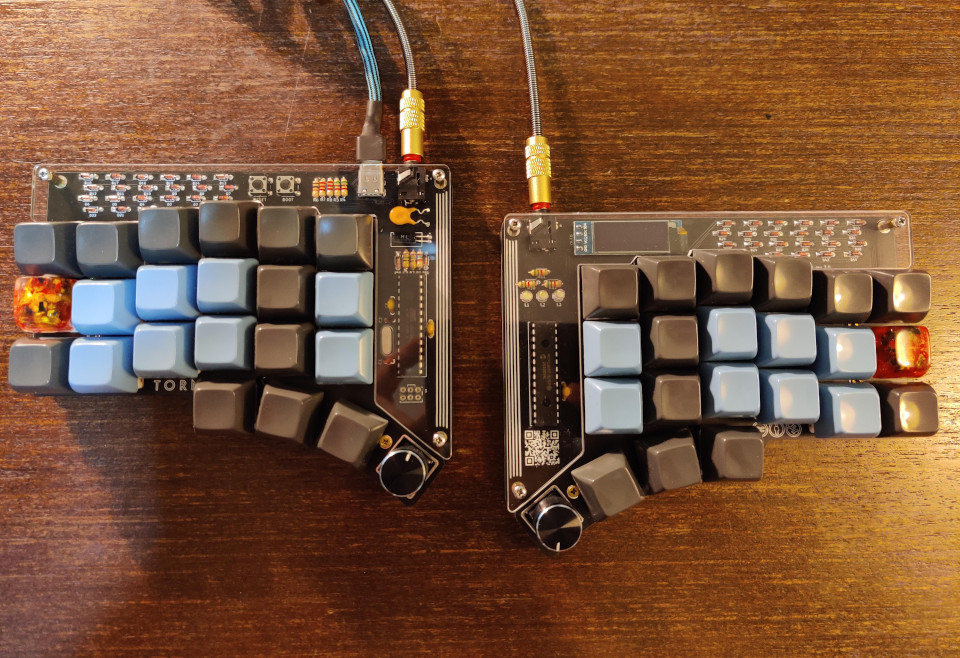