A Kyria with pimoroni trackball and 3D printed tented case by UghThatsTheWorst. 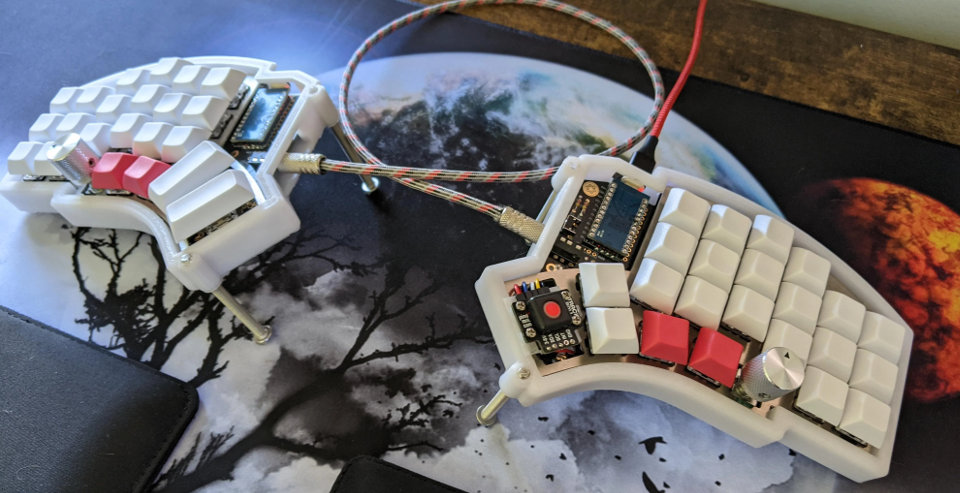 The trackball works over I2C, so it just required a few extra files and configuration in the QMK firmware to get it working.

Since there are no OLEDs on this model, UghThatsTheWorst soldered onto those contacts on the PCB. These instructions were used along with a couple other reddit and github posts to get it working in the firmware.

Thumb key position was used because it was convenient and the author is used to using a trackball with the thumb. In the end it was probably also the easiest place to pass wires through, as you can see in the album.

The only thing he needed to change in the keymap was to make that outermost switches NOOPs since they didn't have anything attached. Didn't feel like much of a loss since the extra key there wasn't used anyway.

You could place the trackball where the OLED would go instead. It would just require some thought on wiring and a different mount (there isn't really anywhere to screw into there).

It is a very small trackball. Not sure if it's exactly the same one, but it feels the same as an old Blackberry phone trackball. It's not really great, since you can't get a big roll on it and it doesn't have any momentum.

So the configuration in the firmware is more important to get a quick movement across the screen but still be able to make fine movements. UghThatsTheWorst is still working on that part, he is sort of right on the edge of being a functional pointer right now as a mouse substitute. It would work better on a smaller single monitor. 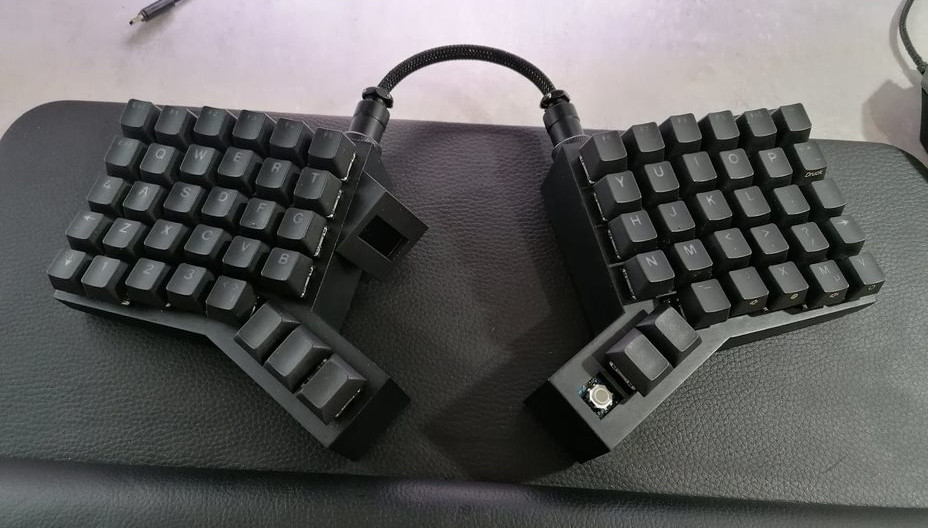 This 64-key split by SKZBadHabit features a pointing stick/trackball (gallery). 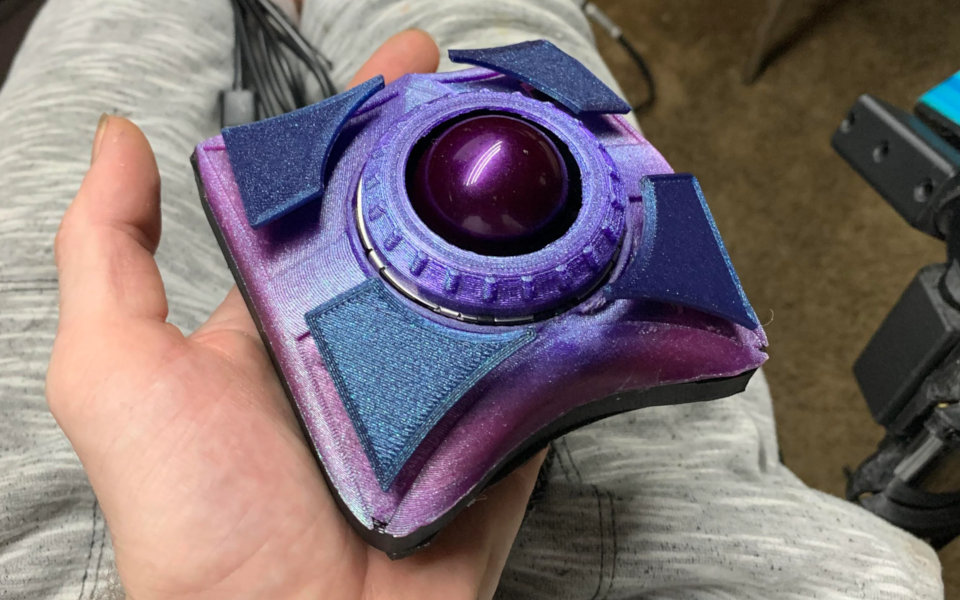 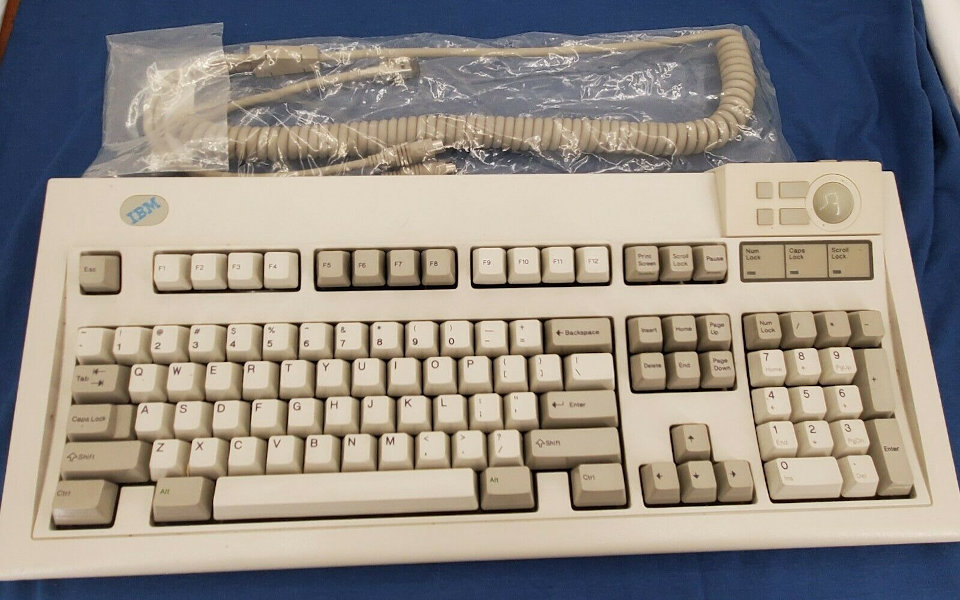 An IBM Model M5-2 with a cute little trackball. Posted by opalinemoth. 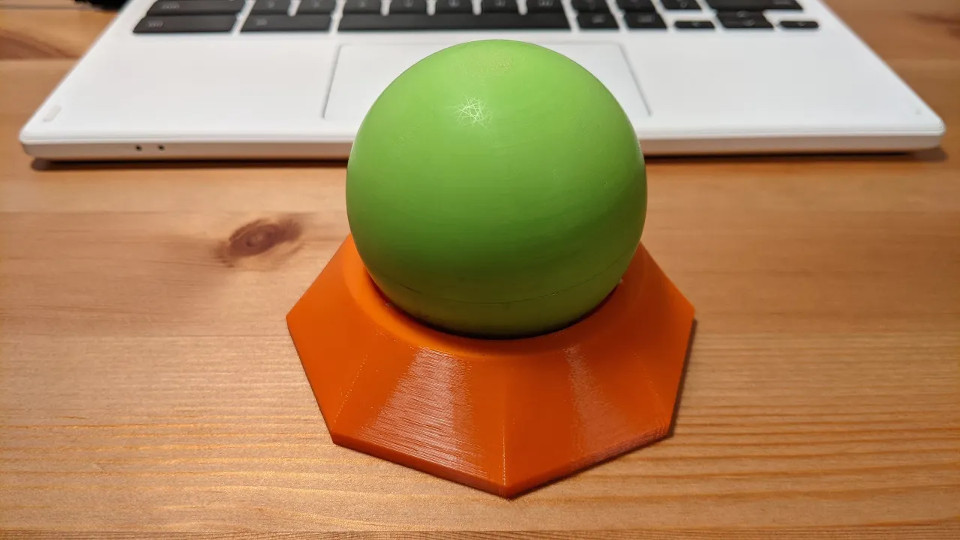 All the electronics is hidden inside this trackball by Jacek Fedoryński (video, git, blog post). (Posted by deekue.) 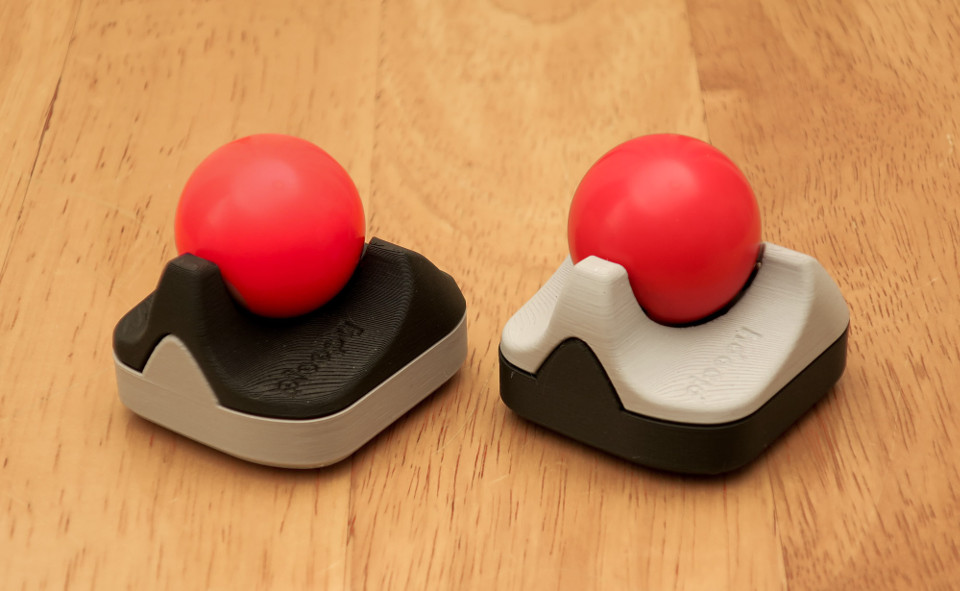 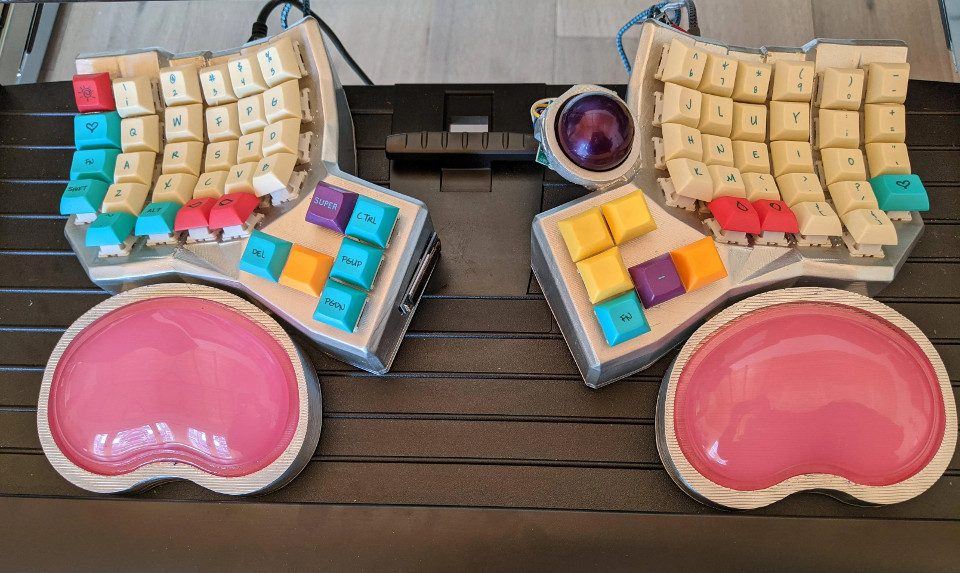