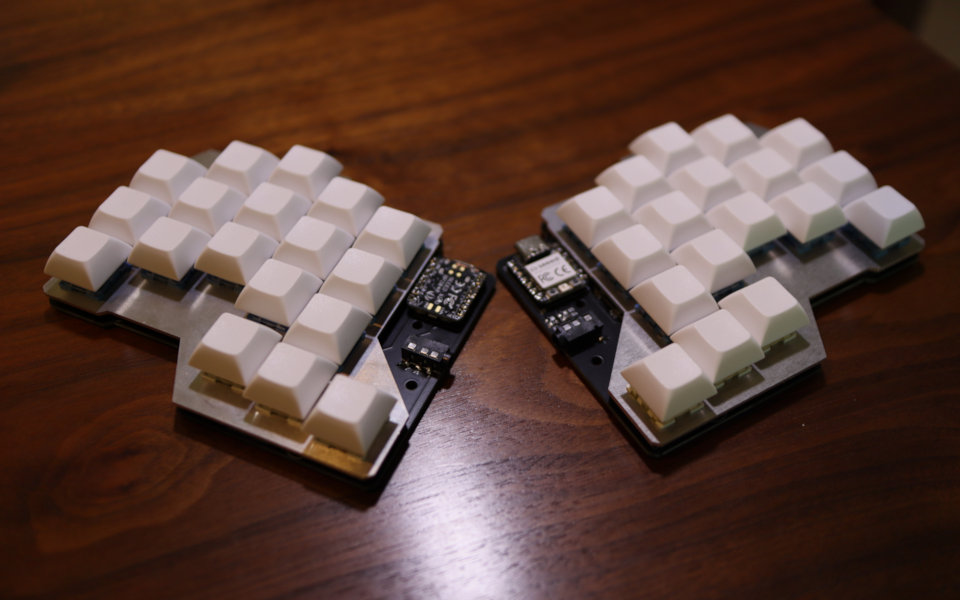 MReavley's Slice36 is a minimalist ergo split keyboard, designed around the Seeeduino Xiao platform. Inspired by the Corne, Ferris, Ben Vallack's videos and countless hours of perusing Reddit and kbd.news [Nice! – Ed.], but ultimately it has been done up from scratch largely as an exercise.

This is the second prototype from my first foray into making a keyboard – MReavley.

MReavley figured if he didn't like the 36-key layout he could always just use one half as an oddly-shaped macropad. So he used his iPad to experiment with different key positioning and staggers, noting down the offsets and then building a little Excel sheet to generate the coordinates for the footprints in KiCad.

Designed this from scratch around the Seeeduino Xiao because I'm quite fond of them for other projects, and I'm using the RP2040 flavour in this build. So far I've been reasonably satisfied with KMK, but then again I haven't actually tried the other established options yet.

As a holdover from the previous test, he designed the split to work over I2C, but was able to use the PIO feature of the RP2040 to reconfigure those pins to UART to work with KMK.

The PCB is flippable/doublesided so the same board can be used for left and right, although "I could probably make the silkscreen for both sides a bit prettier".

The microcontroller is simply flipped upside down for the left side so the pinout still works, but in the future, the castellated edges of the Xiao could be used to solder it on using SMD pads, which means the shared THT footprint could be replaced with separate SMD footprints that are flipped on either side. But the author wants to "mess around with working directly with microcontrollers" for his next boards so he may not get round to this.

The Akko Ocean blue (fingers) and sponge (thumbs) switches I used seemed to sit very loose in the mill max sockets I bought, and since the board is also dirt cheap [...] I figured I would just solder in the switches rather than bothering with hot-swapping. It also means I don't need any fasteners on the laser cut aluminium plate, and so far it seems plenty strong and rugged while giving a really clean look that I like.

As for the laser cutting, I had it done at a local industrial park (I'm based in Singapore at the moment) [...] I just looked for metal laser cutting services and sent the files round til I got a reasonable quote. 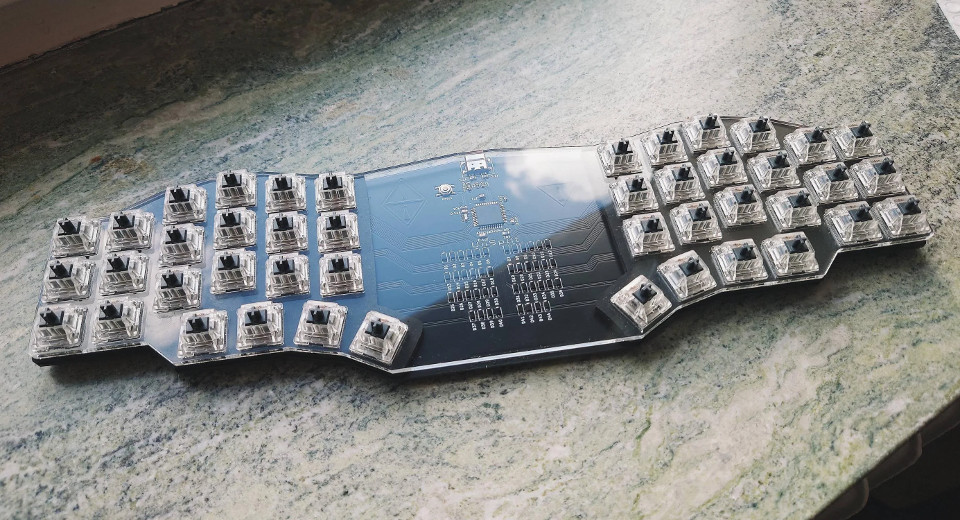 The UnSplit is a monoblock Kyria layout with modified thumb clusters. Built by dnlnrdn, designed by crunchyavocados (git). 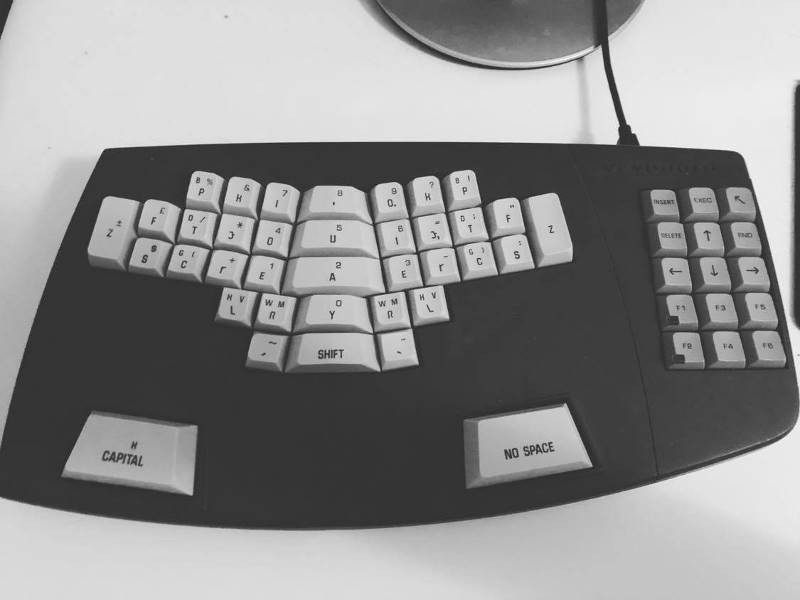 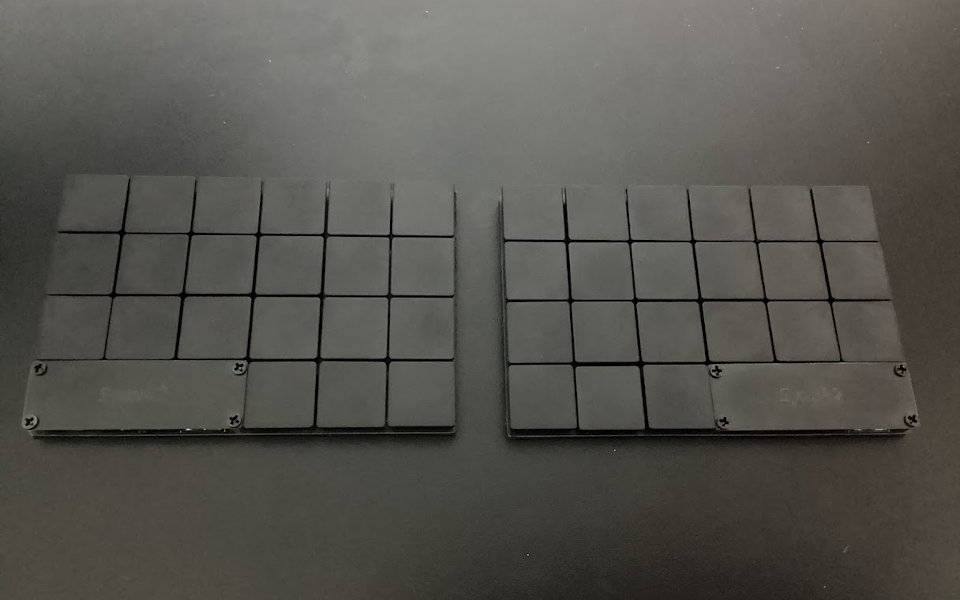 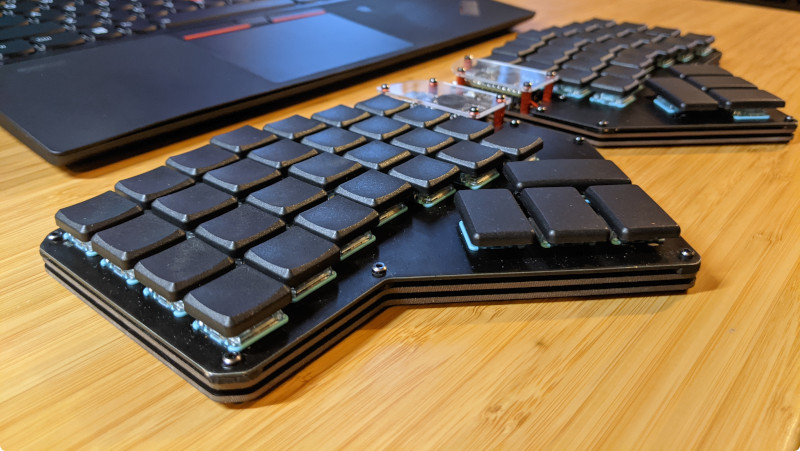 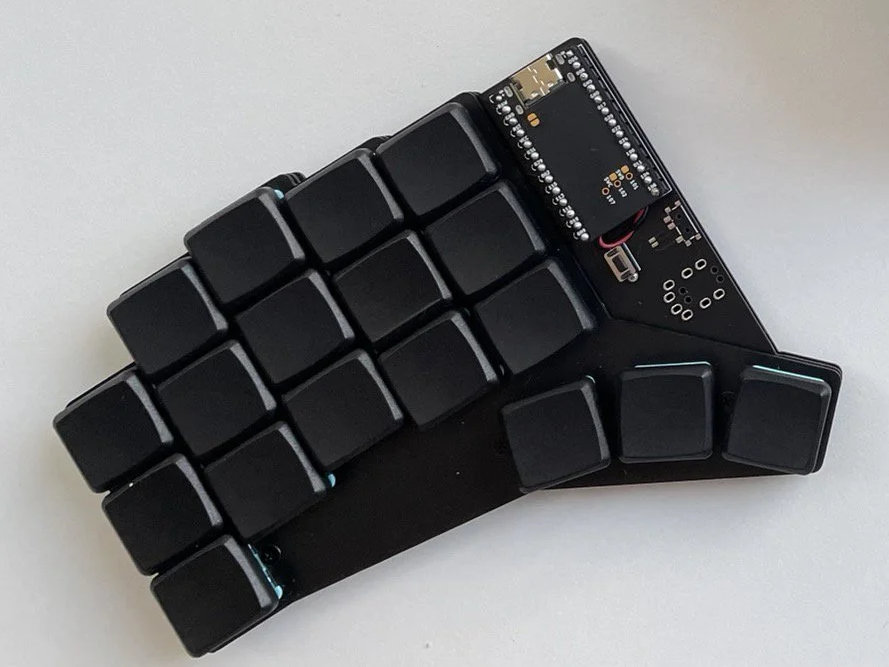 Samoklava is a generative split keyboard design with a noteworthy workflow by sound_monster. 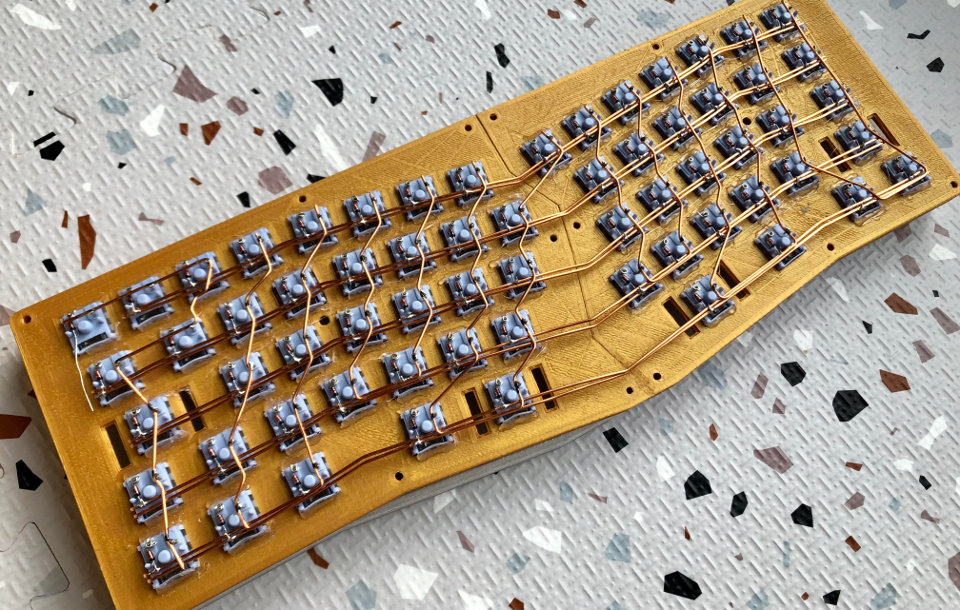 This 3D printed Alice style keyboard by ymmaz is handwired with duplex matrix.