A wireless-only cross between the Sweep and the Corne: Swept Corne by u/Additional-Stock3711. 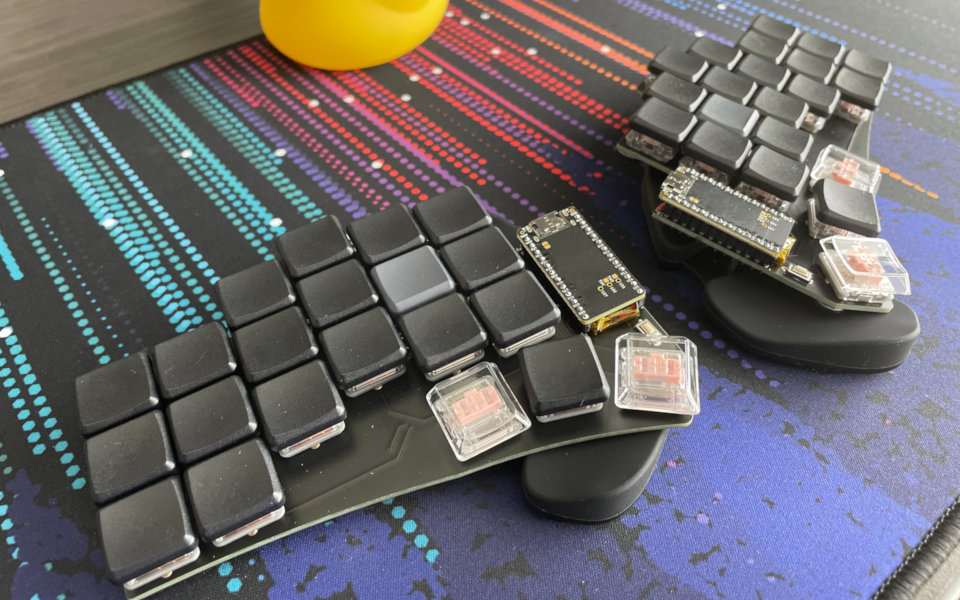 Mariano Uvalle aka AYM1607 published his Swept Corne, a mix between the Sweep (which is itself a version of the Ferris) and the Corne: Choc spacing, wireless-only with power switch, more aggressive staggering.

I made the jump from a 60% qwerty keyboard to colemak mod-dh on a sweep. After getting up to speed both with the new layout and form factor I realized that to reach peak productivity I'd need a few more keys and the corne was the obvious choice but the non-choc spacing, lack support for a power switch and the less aggressive staggering made me miss the sweep.

(Mariano is aware that the Corne-ish Zen has similar goals but up to this point it has only been available through group buys and is closed source.) 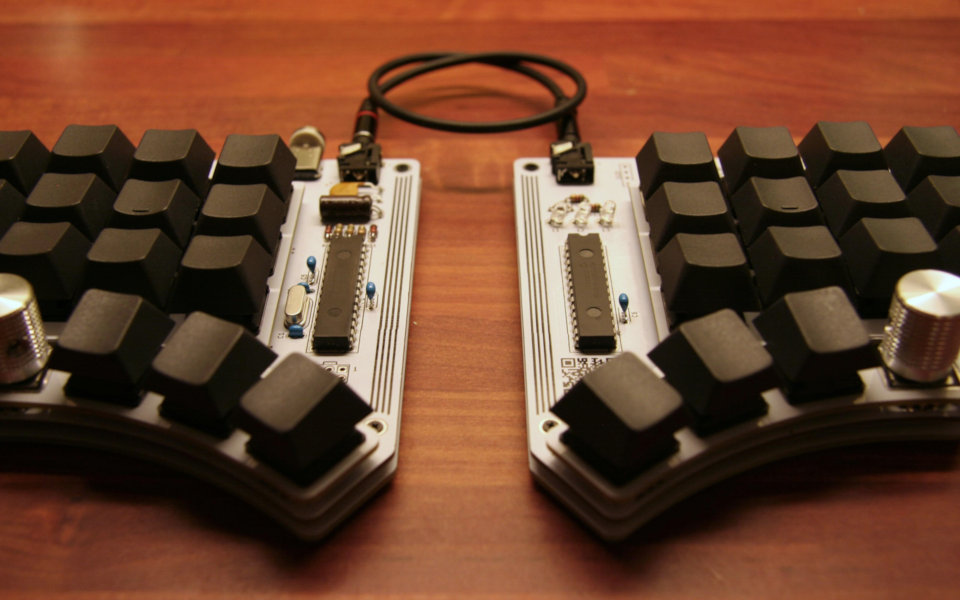 Richard Titmuss's Torn is a split keyboard with through-hole components. 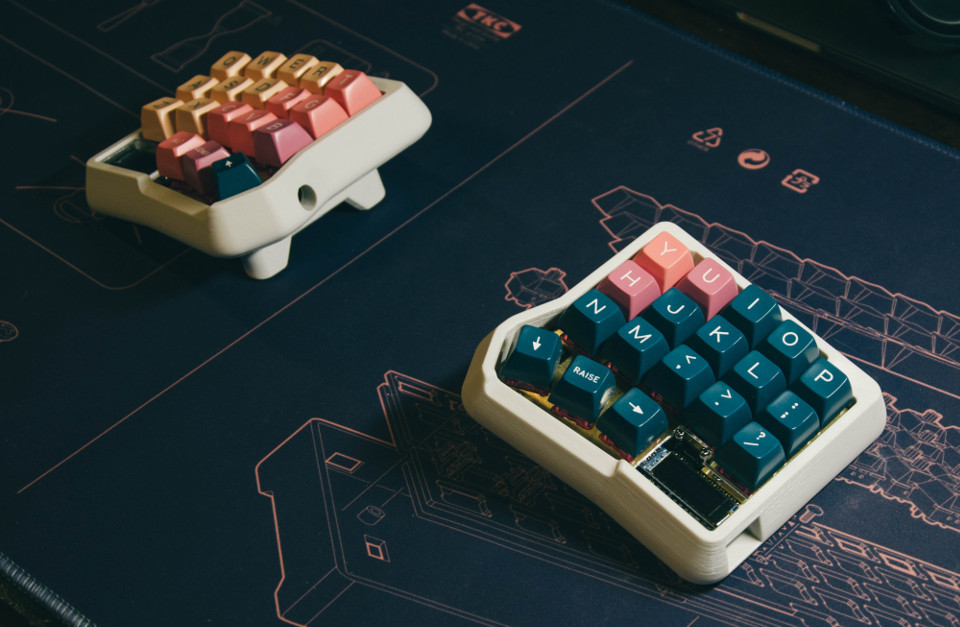 A Microdox with a nice gallery and a cool open source tented case by Kooziecup. 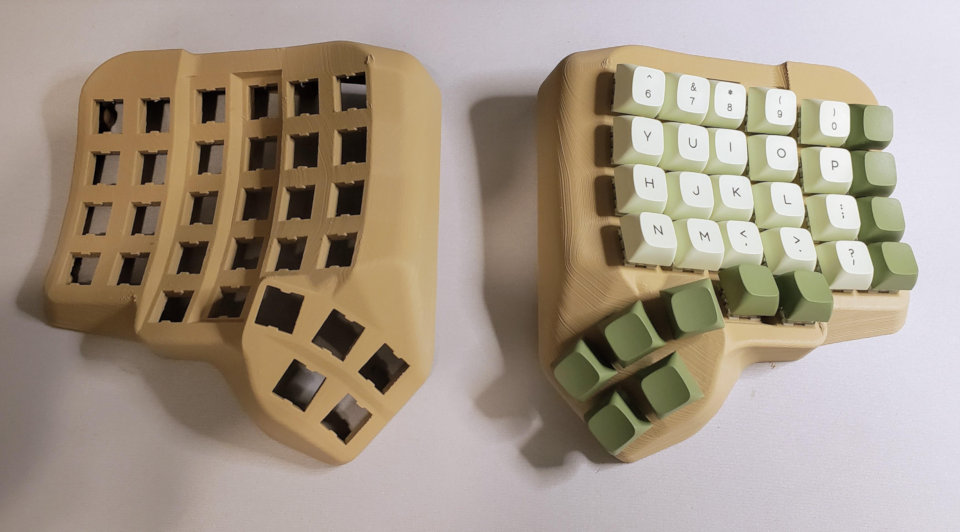 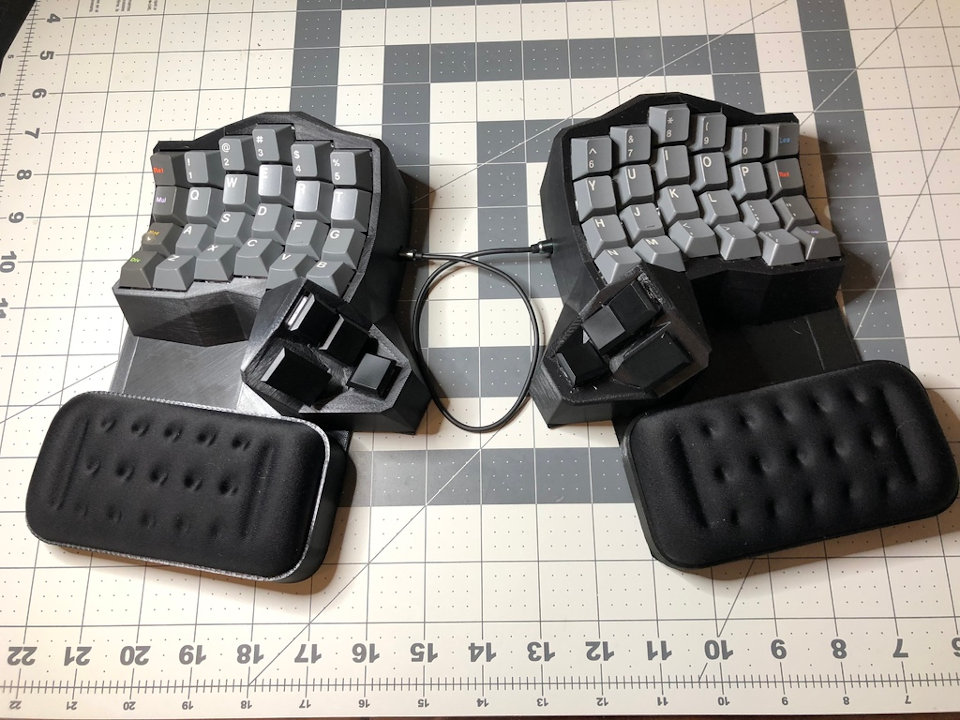 Based on Pseudoku's Hypo Warp, D-Warp is a 3D-printed split by u/Darrenph1 with a quite rare thumb key arrangement. 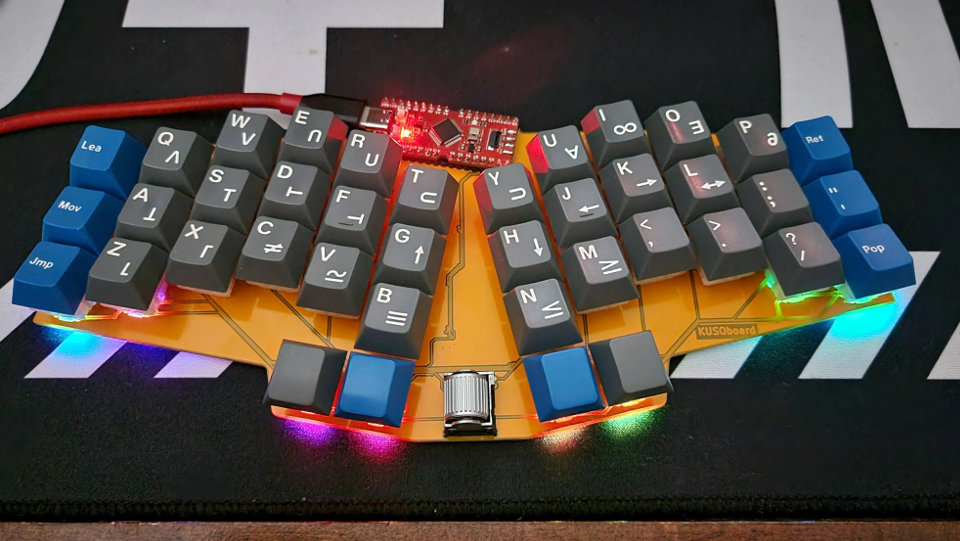 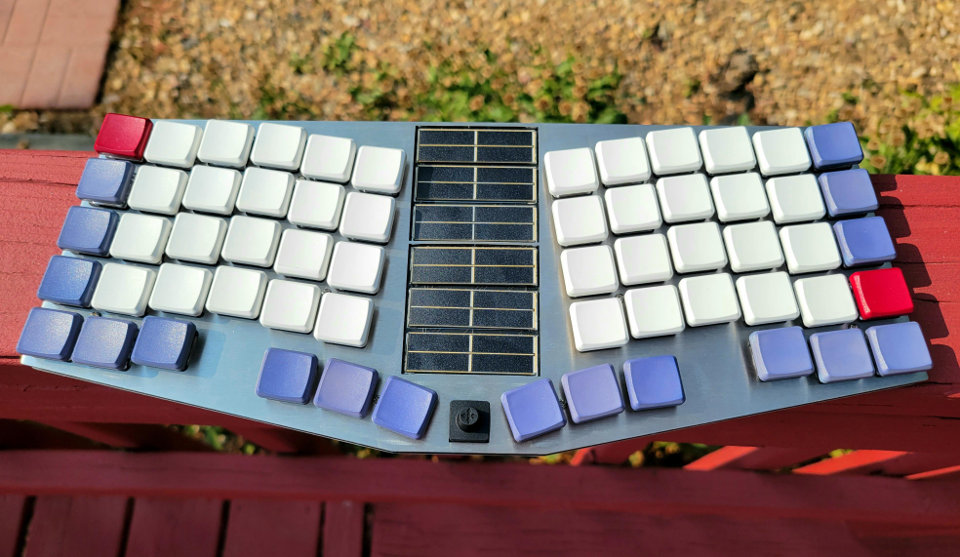 A wireless keyboard that never has to be plugged in. Committed by SouthPawEngineer.