As you may have noticed, mods made some important changes to the r/mk subreddit, resulting in considerably less spam on the main thread.

The r/MechanicalKeyboards subreddit has been a great source of information for people dipping their toes into the mechanical keyboard hobby.

Conveniently referred to as r/mk, the sub was definitely the place I picked up all the initial knowledge to design and build my first board (2018). And despite the shift in focus and the structure of the follower base, I still comb through the wall of posts multiple times a day, looking for content for kbd.news.

The last time I actually counted the posts, probably more than a year ago, there were about 200-300 daily entries – I'm not sure what was the number during last week, before the revamp.

Because there was a major revamp!

What I noticed was that instead of the endless scrolling, the same posts came up for hours. To raise my confusion, some posts appeared to be listed almost randomly, not in order of their time of posting (I always order them by "new").

To figure out what happened, I reached out to one of the unsung heroes of our community, r/mk-mod dryver, for explanation:

So that's why instead of hundreds, there were only 15 and 18 posts on the main thread on Saturday and Sunday, respectively.

As it turned out, the initial settings were too rigorous ("we had spam filters on set to super high for some reason"), but after some consolidation the number of daily posts has been staying below 100.

All this because of the enforcement of some basic rules, mainly: for questions use the daily sticky thread.

To keep r/mk livable, help the mods by reporting posts breaking the rules:

The biggest thing that people can do to help the moderators is to report comments and posts that they think break the rules […] reports are the main way I can moderate posts. There are sometimes hundreds of posts to sift through and it can take a huge amount of time to see each one without utilizing reports – dyver.

In episode #11 of The Thocc podcast Vogsphere's guest was Quakemz, inventor of the Holy Panda.

On hand-engraving with Thịnh Trần

Thịnh Trần, the self-taught artist behind the hand-engraved Adelais answering some questions.

In episode 14 of the Thocc Vogsphere talks with Tom, a member of the Splergo gang and owner of an impressive split collection. 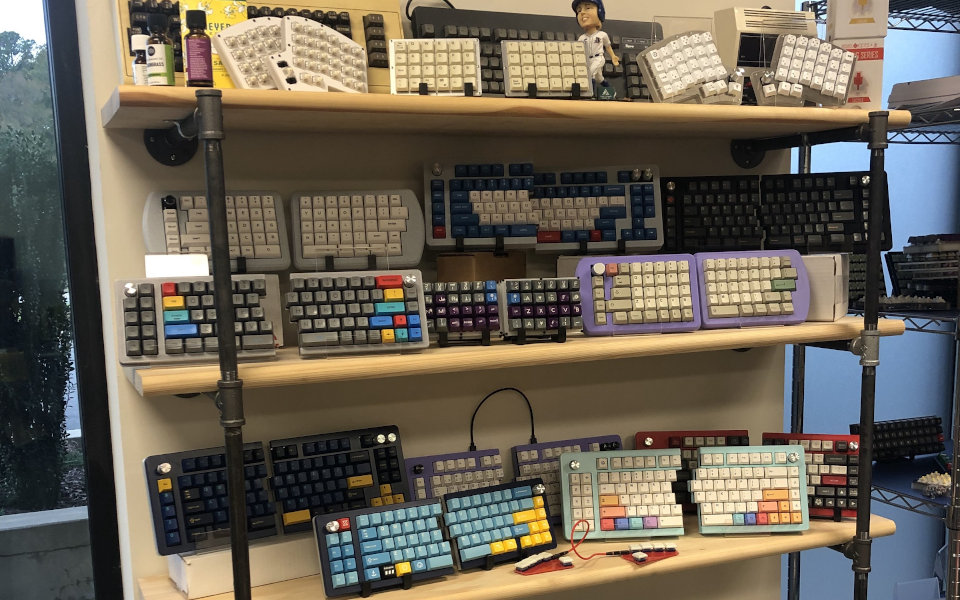 Moving on to the next phase of Keebio

Danny, founder of Keebio, writes about the ups and downs of running a keyboard shop.

The early years of custom keyboards

About the early years of custom keyboards on geekhack – a retrospective post by GreenPylons.