Two board concepts that minimize finger movement and use CircuitPython by SouthPawEngineer. 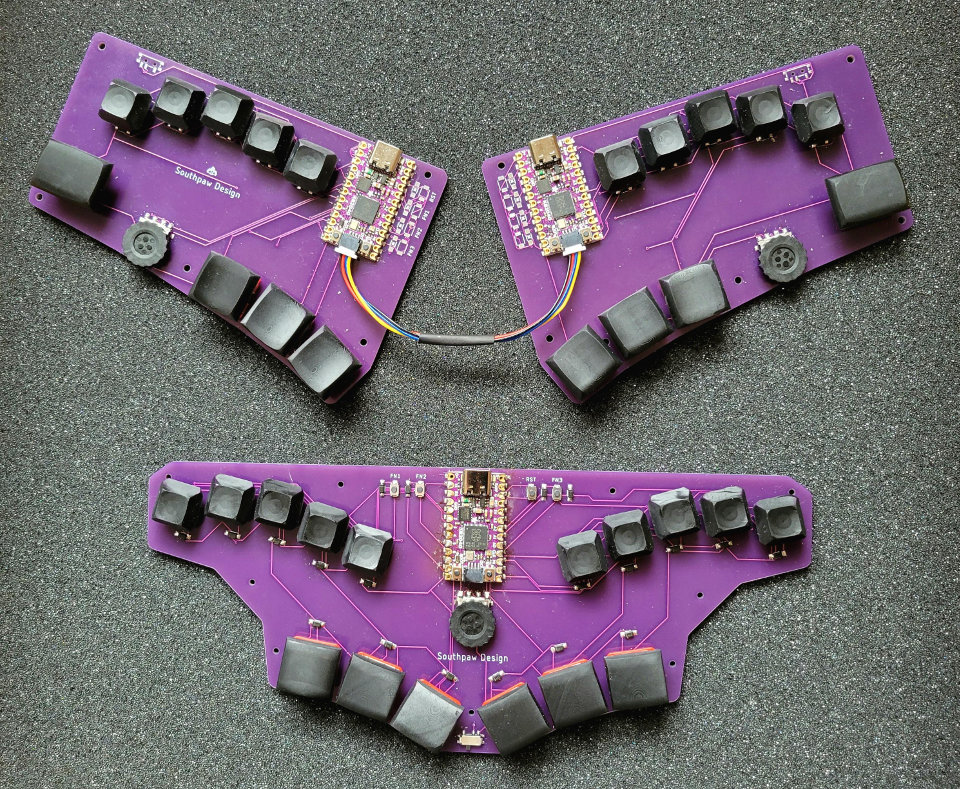 After introducing his Onehand keyboard, SouthPawEngineer seems to be still into 5-way switches.

These two new minimalist concepts (for both hands this time) run CircuitPython on KB2040s, and minimize finger movement by utilizing 5 way switches as we've seen it earlier.

While your first thought could be steno, these are intentionally less reliant on chording than some other similar concepts. While such a keymap could be implemented, the ones the author has been using have been intended to map to QWERTY and make it more intuitive to learn instead of relying on complicated chording structures.

That's probably a compromise in terms of WPM that is possible and I could probably try to implement something like that later on, for now I'm enjoying the tweaks I've made so far – SouthPawEngineer.

Both the unibody and separate split boards are Pro Micro compatible and "have the usual implements to make them wireless if desired".

The boards run KMK with CircuitPython. CircuitPython is amazing for experimentation because keymaps are stored in a text file, and the controller appears as USB drive. Changing the keymap is as simple as editing and drag&dropping that text file.

With the advent of RP2040 controller boards, this means that very capable boards can be built on a budget. Controllers like the Pi Pico and KB2040 can be sourced for <10 dollars, and there are various options depending on the features, connector, and number of GPIO you need.

As for the split board, SouthPawEngineer redefined the I2C pins to be used as a UART since KMK does not currently support using I2C for communications between wired splits.

I take the minimalism idea somewhat to the extreme by not even including a TRRS jack in this particular case – the split wired connection is through a simple rectangular Qwiic cable – SouthPawEngineer.

This version of the boards have the 5 way switches a little too close together. Rev 2 is going to increase the stagger and their spacing. 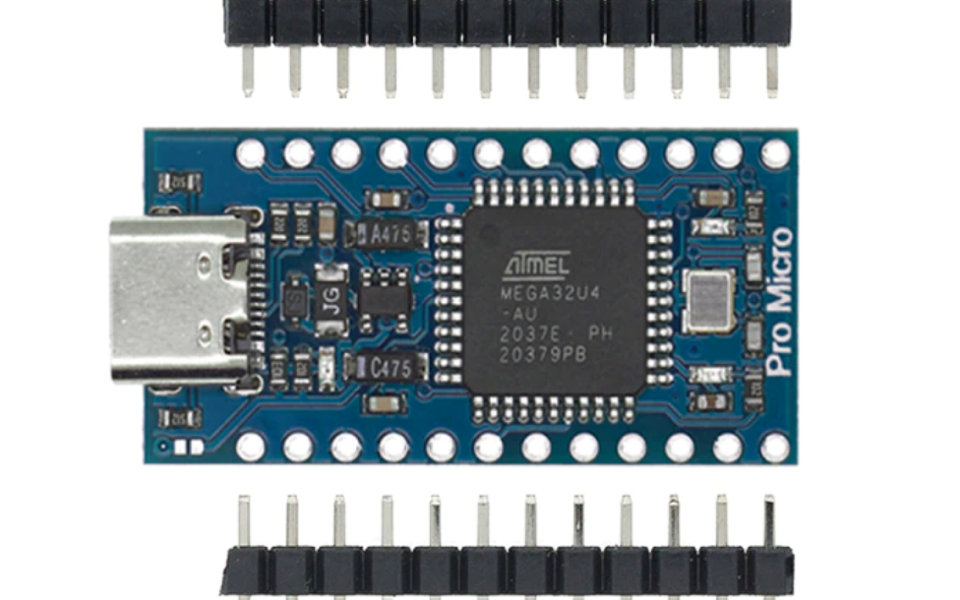 Difference in routing of some USB-C Pro Micro clones reported by hellmoneywarriors. 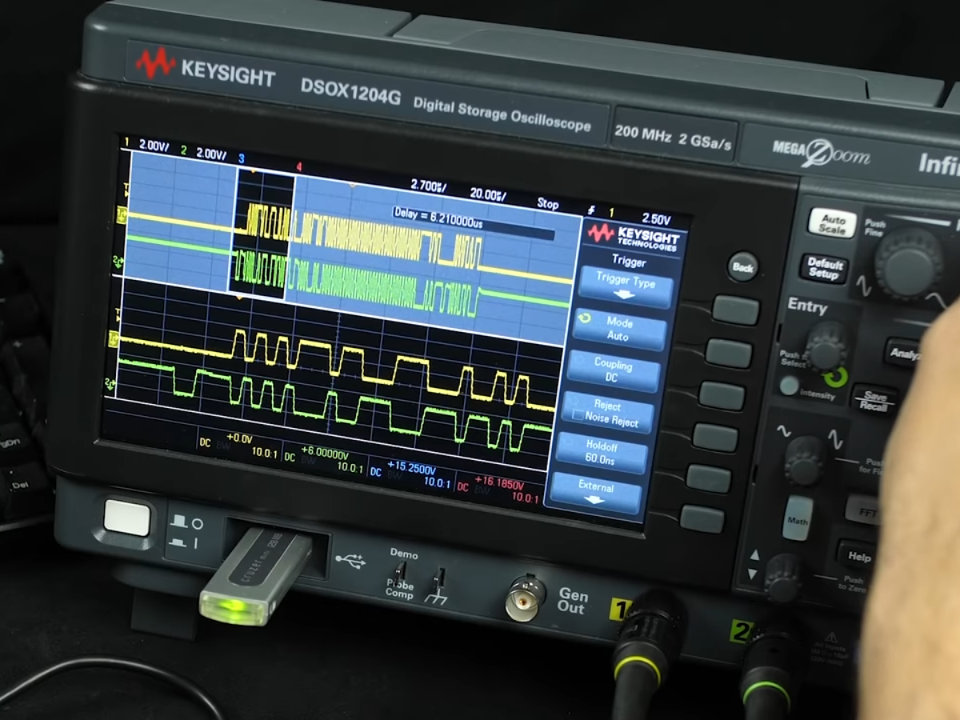 Ben Eater explains the USB protocol of a keyboard. Posted by Coloneljesus. 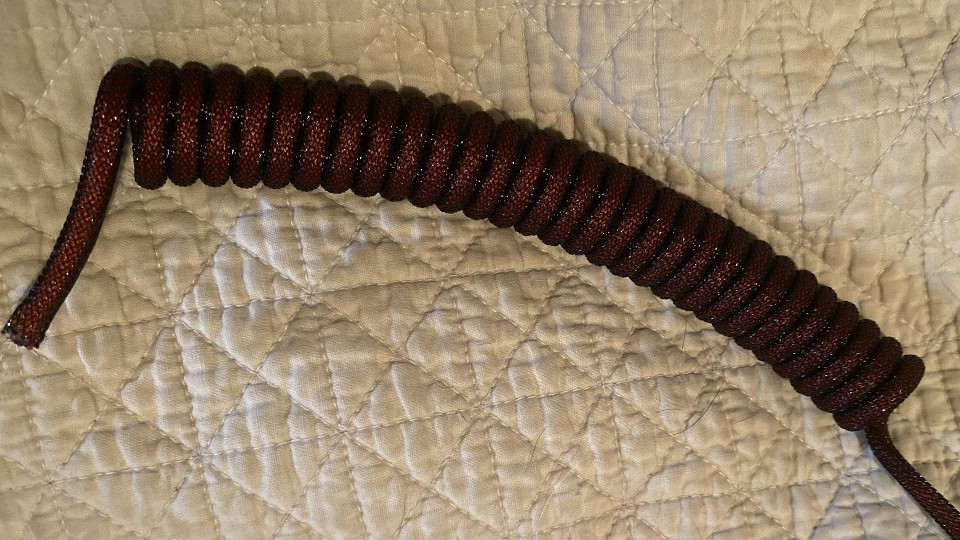 A cable coiling recipe by Heespharm. 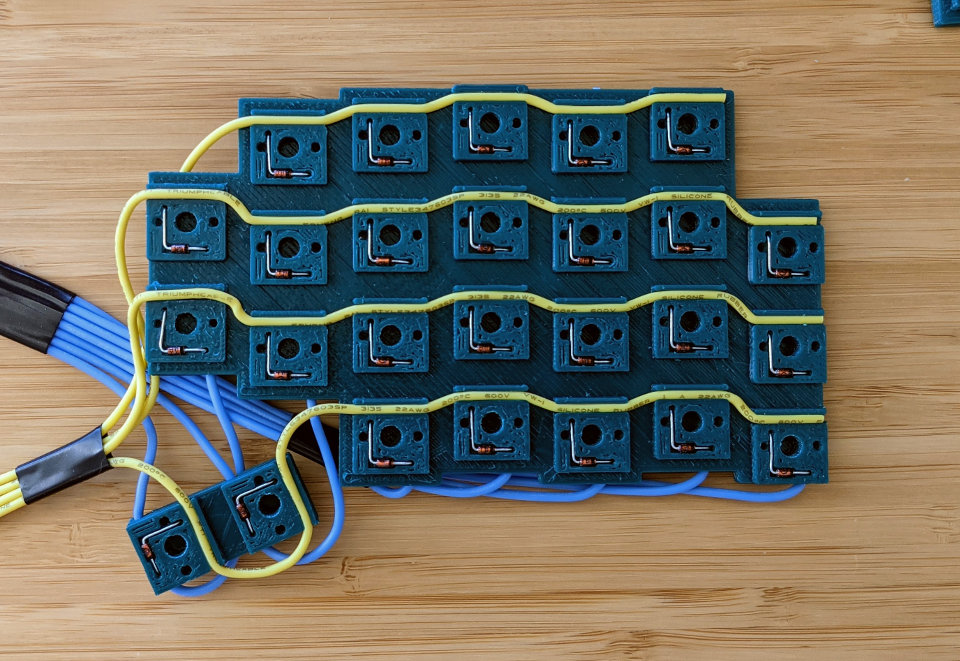