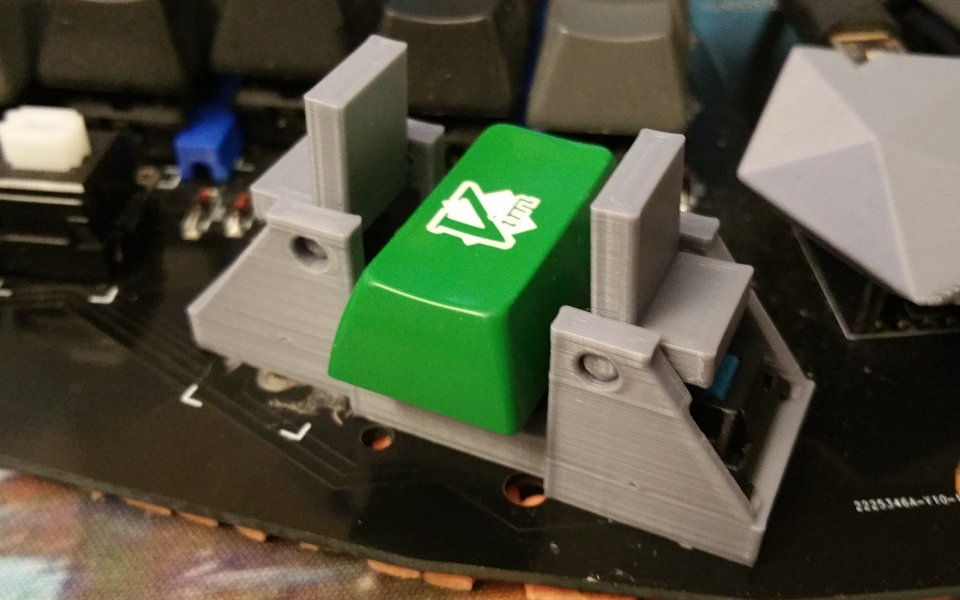 People ask me if I'll stop making ugly hardware, and I will look down and whisper, No – unusedredditname.

Well, this post is not about the keyboard Troy posted on r/ergomechkeys but the little innovation you can observe at the thumb keys – as it turns out, these thumb paddles are nothing new, they were published in late 2018, early 2019.

But despite including the author's Signum keyboards into my split keyboard database around that time I entirely missed these paddles somehow.

If you can't imagine how these work here is a short video:

It took a while to figure out a no-glue way to mount these thumb paddles, but I'm very happy with the result! I have designs for the Signum 3.0 and the Signum 3.1, and now you can activate your thumb switches with less motion, and more speed! – Troy Fletcher.

Github repo with STL/SCAD files and some more photos:

What about preventing the paddles from falling in towards the key?

Paddles falling forward was an issue in the pictured [ed.: earlier] models more than the later versions. Originally I had little protrusions that stuck out 1mm to hold the paddle back, but small enough that you could overpower them and push them forward for transport. Later models simply tilted the upper paddle away from the thumb slightly and increased the weight of the part that rests on the switch stem which moved the center of balance enough. Paddles falling forward hasn't been enough of an issue for me to redesign anything since then – Troy Fletcher. 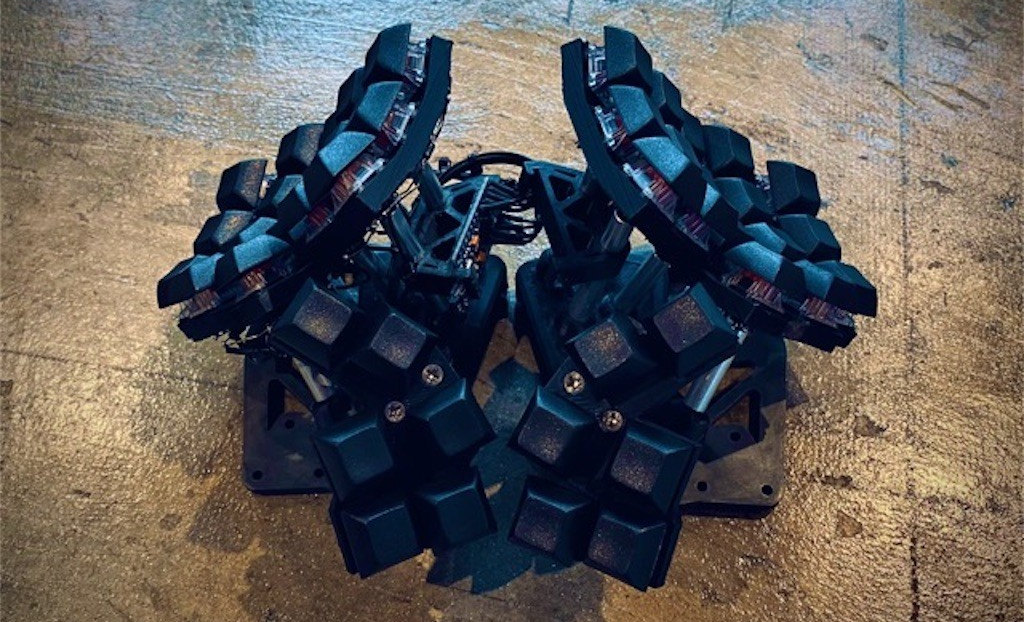 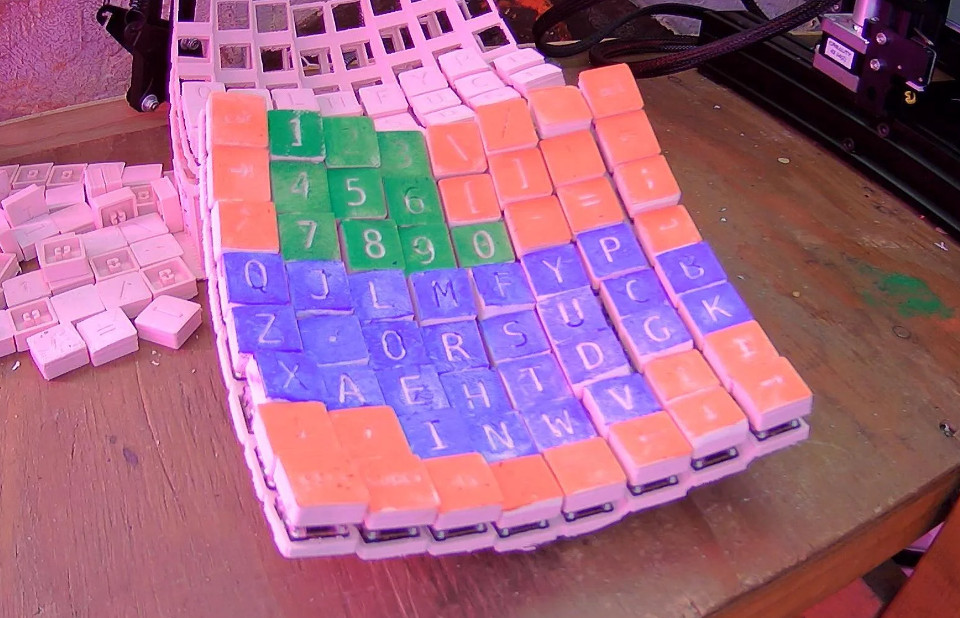 The trochee is a 8x8 keyboard designed by porkostomus for one-handed use (git). 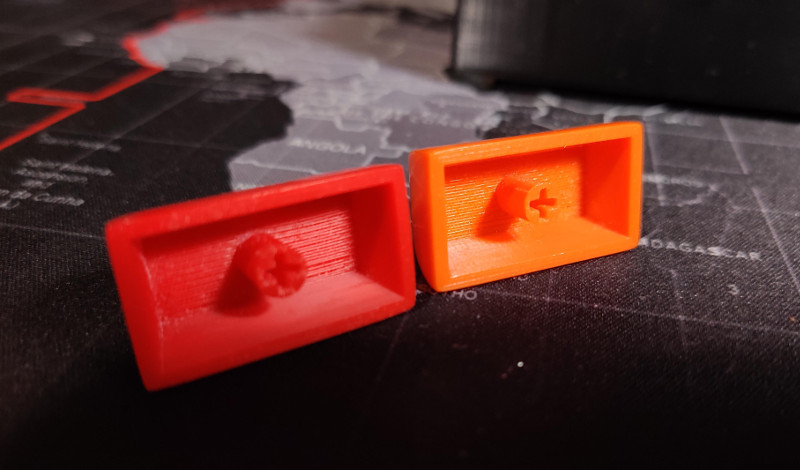 3D printed keycaps with lots of useful info in the comments. 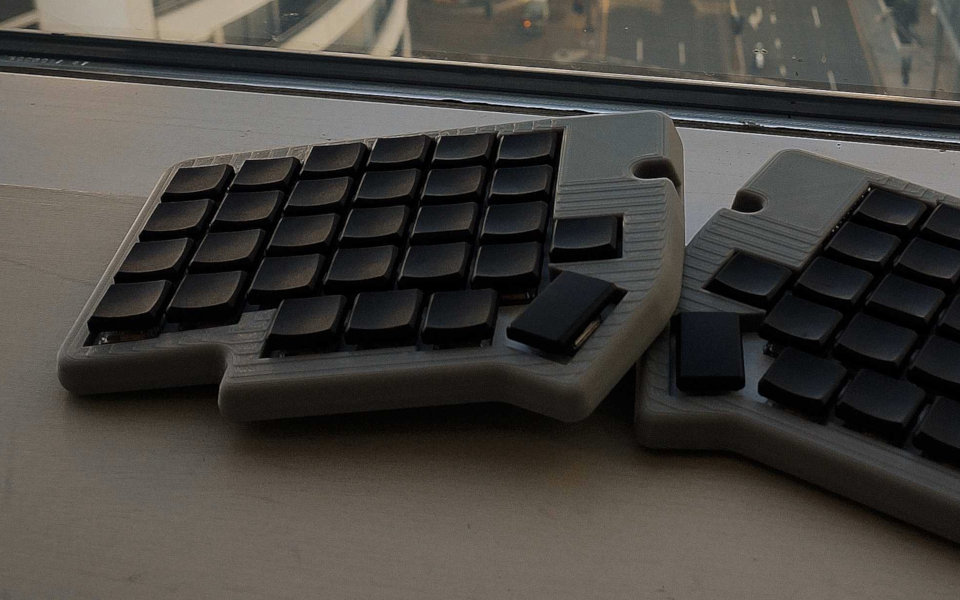 A 3D-printable Lily58 case with STLs – designed by u/DCharlo.

u/IncBLB has built a low profile Dactyl designed by u/omurovex. 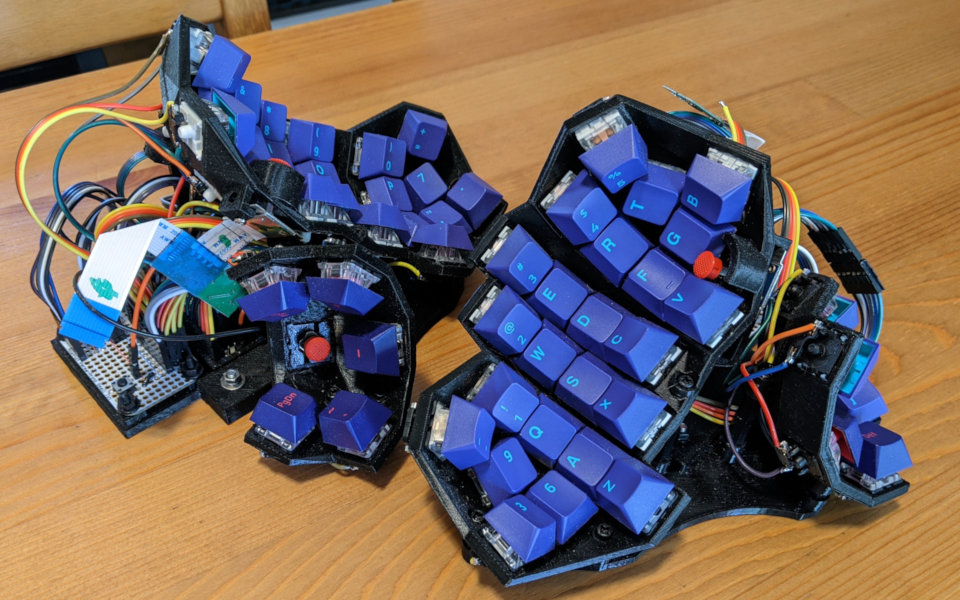 Try-A-Dactyl is an OpenSCAD-based tool by wolfwood to programmatically design splits with keywell (aka dactyls).